New State of Alarm approved and is expected to last months 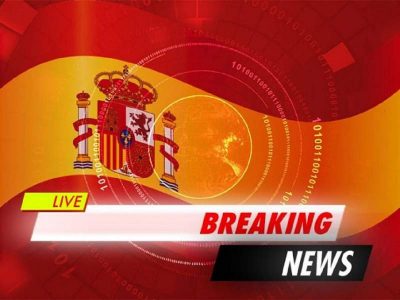 New State of Alarm approved and is expected to last months after an extraordinary meeting of government ministers.

The Spanish Government has today, Sunday, October 25, announced that it is implementing another nationwide State of Alarm.

The decree is focused on limiting the publics mobility however it does not include home-based lockdown confinement and is rather focused on the legal framework required to restrict the movement of people as dictated by the local autonomous regions.

The extraordinary meeting of the government council of ministers was held this Sunday at midday and has approved the required decree to implement the new state of alarm. This legal process will mean that autonomous communities will now be able to implement local restrictions and curfews as they deem necessary to curb the spread of coronavirus infections in their community.

Until the government is content that the rate of infection has dropped to acceptable levels, they have stated that they will continue to seek extensions to this process until the spread is confined. The initial period, prior to wider consensus in parliament, will last 15 days.

However, the government believes it has already secured the support of a majority to implement an initial extension after this first 15-day period ends.

The curfew will take place nationally between 11pm and 6am. This is the new fourth tier to Spain’s current system of control measures against coronavirus.

At this stage, the government has made no indication that intend to implement a further national lockdown, however, in his speech on Friday, Sanchez would not go as far to rule it out entirely.