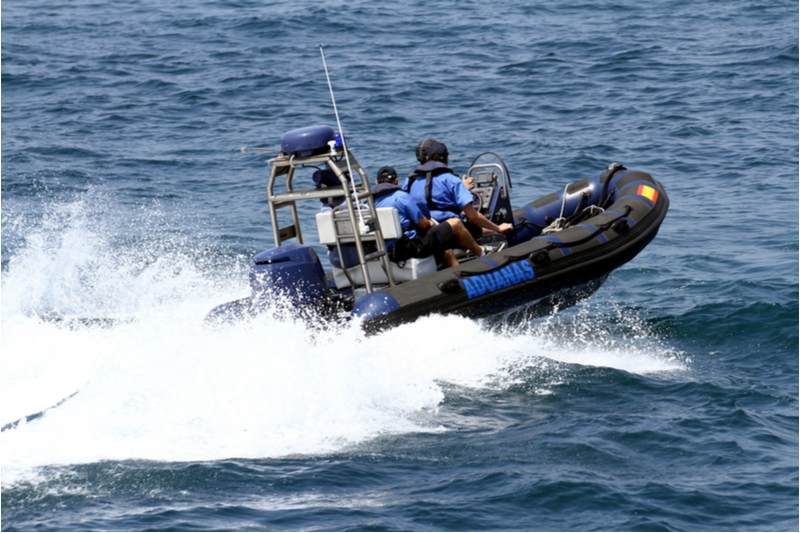 In a video captured on Thursday, October 29, it’s possible to observe a speed-boat launching to the shore on a beach in Marbella, where its two occupants flee on foot.

Local authorities have confirmed that the two, seen in the footage leaping from the speedboat and sprinting up the beach, are in the designated fuel boat, providing fuel for the narcolanchas – high-speed boats used for drug trafficking.

Spanish authorities report that narcolanchas have been the transport method of choice for drug lords since 2018; several shipyards were discovered in Cadiz that manufactured narcolanchas for criminal organizations, reported to be worth €80’000 each.

The high-speed fuel boat launched itself to the shore in Marbella on Thursday, October 29. As they dash away, one individual appears to forget something and rushes back to the boat.

The combination of powerful outboard motors, with boats specially designed to reach high speeds, with hardly any security measures, makes narco-boats deadly at sea. The can reach between 120 and 140 kilometres per hour. That, added to the reckless evasive manoeuvres of the pilots to try to get away from the police, has caused numerous accidents in which the alleged drug traffickers are usually the worst affected.