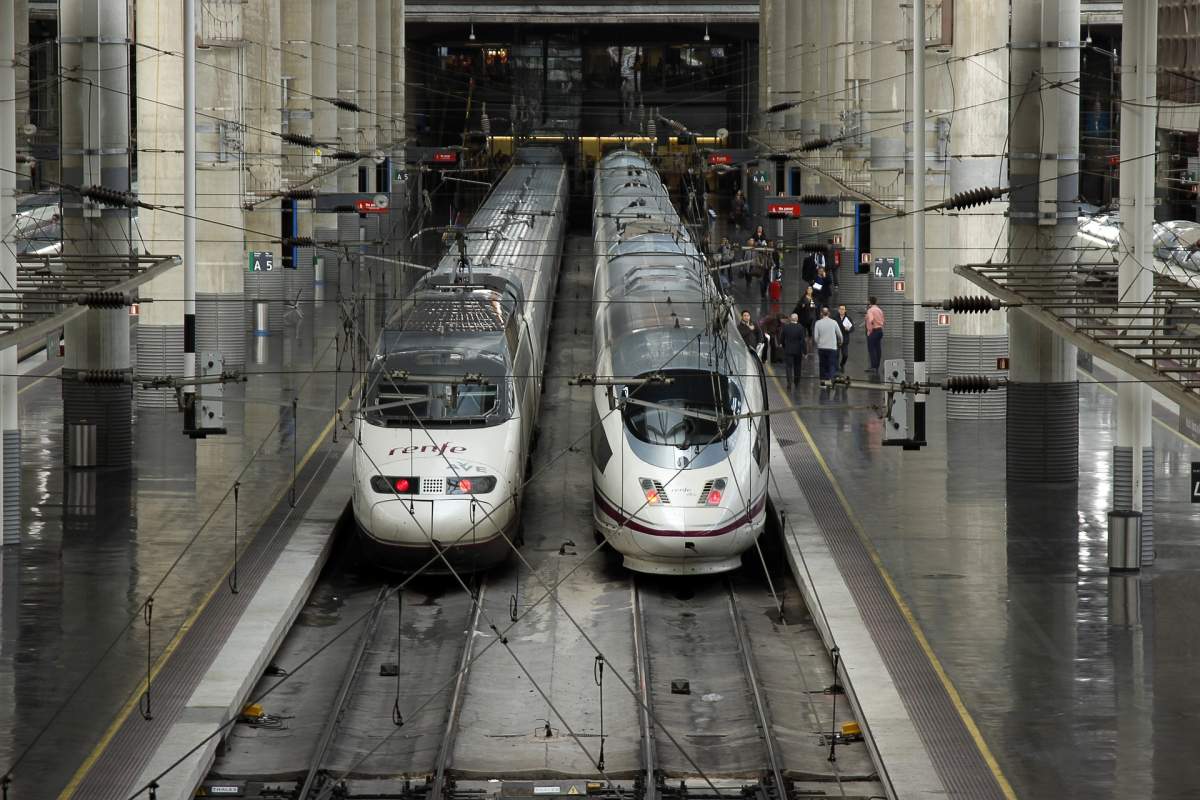 IT is almost certain that the AVE high speed train will not reach Almeria in 2023.
Manuel de la Fuente, the central government’s Sub-delegate to Almeria, nevertheless revealed that €395 million of the €600 million 2021 Budget assignment for Spain’s railways will be spent on the Almeria-Murcia AVE line.
De la Fuente blamed the delay on “obstructions” in Lorca in neighbouring Murcia, explaining that the absence of a “definitive project” there had resulted in an inevitable hold-up.
The different sections of the line now under construction were not independent, he said.
To reach Murcia from Almeria it was necessary to go through Lorca and progress could not be made until the problem there was resolved, he stressed.
De la Fuente was answering the Almeria Chamber of Commerce’s Railway Committee whose members had admitted that they regarded as “improbable” the promises made by the former Partido Popular government and the present PSOE-Unidas Podemos coalition.
The Sub-Delegate argued that if the present government had referred to 2023 “it was because this was the date set by the former ministerial team.”
If the previous team had gone ahead they, too, would also have found it “completely impossible” to keep their promise to deliver the completed AVE line on time.
“There has been a lot of debate about dates,” De la Fuente said.
“I think that it is more relevant to know that the Almeria-Murcia AVE line will be completed.  I have said so ad nauseum,” he declared.
“It is essential to be aware of the scale of investment that is required.  It is the province’s most important, complex and significant undertaking.”
De la Fuente added that splitting hairs over small details like a “a year more or a year less” were irrelevant when those taking part in the debate were well aware of the complexity of the work itself and the red tape involved.

Thank you for taking the time to read this news article “Slowcoach AVE still a long way off.” For more UK daily news, Spanish daily news and Global news stories, visit the Euro Weekly News home page.
Euro Weekly News is delighted to continue be able to bring you a range of News from around Spain in English and Global News live as it happens.
Euro Weekly News doesn’t cost you anything but your internet connection. Whether it’s bringing you the local Spanish news or the International news today, we’ve got you covered!
Euro Weekly News, the leading free local and national newspaper in Spain, the people’s paper, we lead others follow!