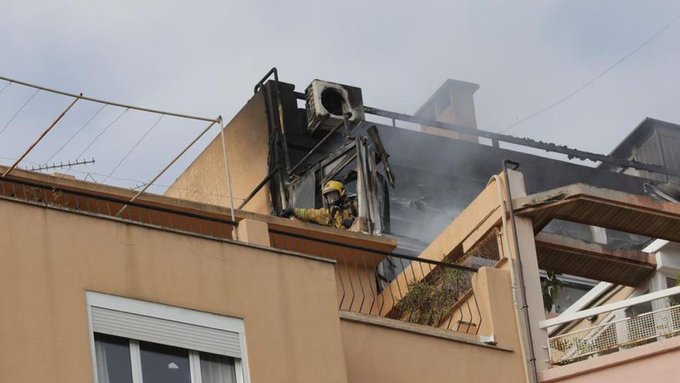 Cat victim – A FIRE which started on the seventh floor of a block of flats in Palma saw the entire building evacuated and the death of a cat from smoke inhalation with many residents also suffering and needing help with their breathing.
Special case
IT takes more than six people to undertake the traditional cutting up of pigs in Part Forana as most involved are not professional butchers, so after hearing an appeal the Balearic Health Department has confirmed that up to 10 may be trained together.
Bond link
PRIOR to the filming of his major career break Dr No, a 29-year-old Sean Connery spent almost a year in Mallorca filming La Mujer de Paja (released in the UK as Woman of Straw) with Gina Lollobrigida and Ralph Richardson.
Pay freeze
UNIONS representing public sector workers in the Balearics are getting ready to consider taking action after the Government has indicated that it does not expect to increase salary levels of workers in 2021.
No Fires
ON Wednesday November 4, the Balearic Institute of Nature, tweeted a message saying authorisations for fires in the Balearics have been suspended because adverse meteorological conditions were forecast and strong winds could spread wildfire.
Covid-19 tests
FOLLOWING a question by a Vox representative in the Balearic Parliament, Health Minister Patricia Gómez said that all hospitals had been carrying out Covid-19 tests on patients, although not all, but this would change immediately.
Ambulance fire
TWO paramedics have been admitted to hospital due to smoke and dust inhalation as they tried to extinguish a fire which had started in the engine of their ambulance which was parked at their base in Gremi Sabaters.
Cliff rescue
THE Salvamento Marítimo rescue boat Salvamar Acrux, was called out to assist a young man who had suffered a sprained ankle by the cliffs in Es Toro (Calvia). He was rescued and taken to Port Adriano to be transferred to an ambulance.
On trial
THE trial of two men (one of whom has absconded) accused of persuading a young woman who had received a significant inheritance to invest €4.1 million in a new waste disposal operation which they did not intend to build has started in Palma.

Thank you for taking the time to read this news article “Recent news in brief from the Island of Mallorca”. For more UK daily news, Spanish daily news and Global news stories, visit the Euro Weekly News home page.