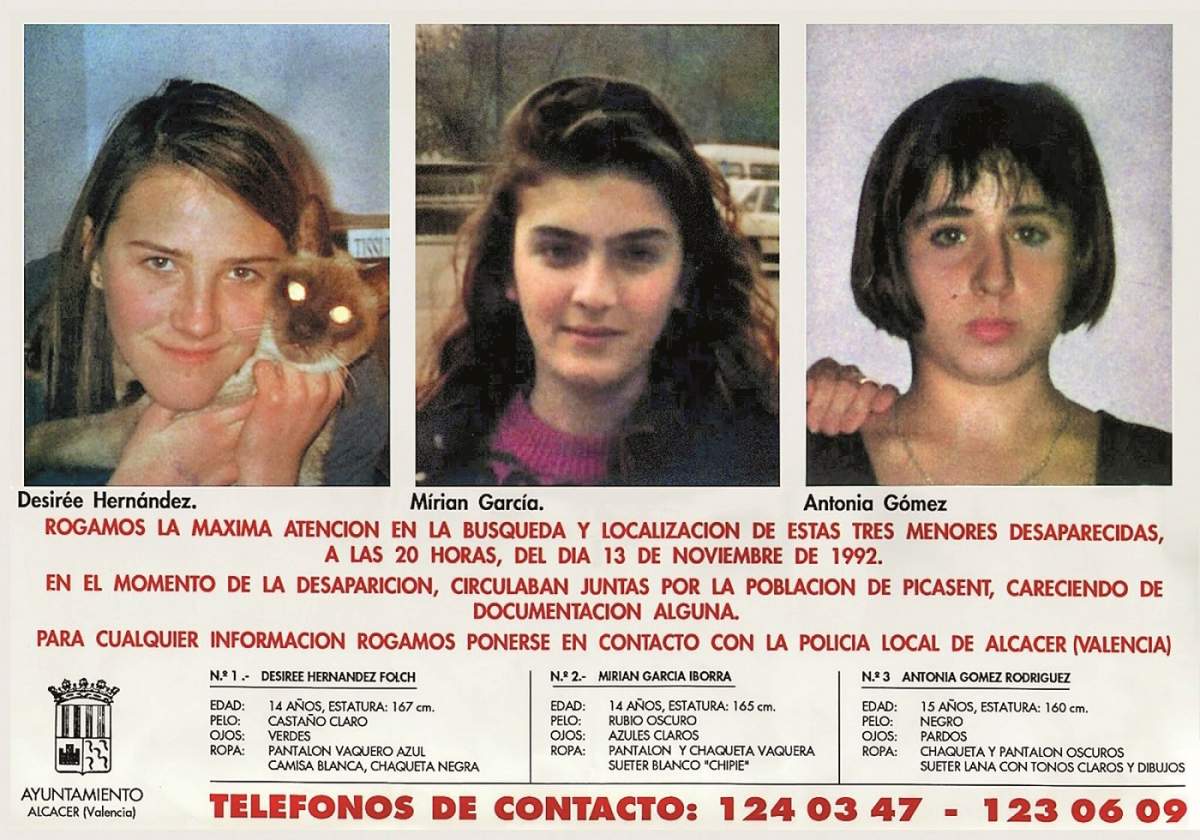 The girls disappeared in 1992

DNA testing has confirmed that bones found in June belong to one of the girls murdered in the infamous Alcasser case, 28 years ago.

The bones were found in June 2019 by a fan of the Netflix series which tells the story of the kidnapping of Mirian Garcia, Desiree Hernandez and Antonia Gomez in November 1992, and belong to Mirian. The DNA from the remains, found at La Romana estate, was compared to that of her father. It is believed that the small fragments, mainly finger bones, were left behind during the original investigation, although her father maintains that they had been taken and have now been returned to the site where the girls were buried.
The 1993 forensic report indicated that one of the girls was missing “part of the index, middle, ring and little fingers”, now the puzzle is complete, although, as Guardia Civil has admitted, it does not bring them any closer to definitively resolving the case.
November 13 marks the 28-year anniversary from the disappearance of the three girls, a crime which shocked the country and was broadcast live on national TV for days.
The recent Netflix series on the crime has created a whole new interest in the case, especially among younger people who did not live through the events at the time. The man who discovered the bones had watched it and decided to take a walk in the area.
The murder of the three girls is attributed to Antonio Angles, who is still at large and wanted by the authorities, although there are theories that he may have already died.
It has always been suggested that “important figures” participated in the gruesome and violent torture and murder of the three girls, and that the men questioned and charged were simply scapegoats.

Thank you for taking the time to read this news article “CONFIRMED: Bones belong to Alcasser victim”. For more UK daily news, Spanish daily news and Global news stories, visit the Euro Weekly News home page.
Euro Weekly News is delighted to continue to be able to bring you a range of News from around Spain in English and Global News live as it happens.
Euro Weekly News doesn’t cost you anything but your internet connection. Whether it’s bringing you the local Spanish news or the International news today, we’ve got you covered!
Euro Weekly News, the leading free local and national newspaper in Spain, the people’s paper, we lead others follow!