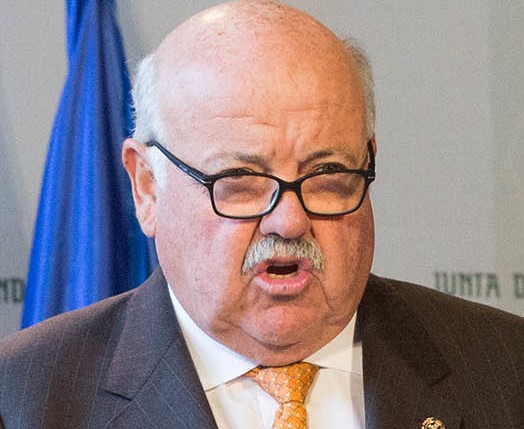 THE Andalucian Regional Government, Junta de Andalucia, had initially proposed a curfew earlier than 10pm, the Regional Councillor for Health and Families, Jesus Aguirre has said, but it was not authorised by the Ministry of Health.
In statements to Canal Sur Radio, Aguirre spoke about whether the Junta de Andalucia would impose home confinement if it had the power to do so, saying that this would “not necessarily” be the case. This, he said, is because the Junta must do everything in its power before reaching that extreme.
He confirmed, however, that the Junta had proposed an earlier curfew, taking into account that from this Tuesday, November 10 at 6pm non-essential activity will close. The response from the central government was negative.
Businesses considered essential in Andalucia are: driving schools, soup kitchens, ITV stations, restaurants with home delivery, launderettes, online or phone-based companies, vets and pet supply shops, telecommunications equipment, book shops, stationery shops, morgues, outdoor sports facilities, tobacconists, petrol stations, news agents, hairdressers, pharmacies, opticians, orthopaedics shops, industrial activities, household assistance, family meeting points (for custody situations), car hire, shops selling food, drink, cleaning products and other first necessity items.
Curfew in Andalucia was eventually set, as reported, from 10pm to 7am, which is within the range authorized by the government within the State of Alarm which was approved on October 25 and the extension approved in the Congress of Deputies for the coming six months.
The current situation gives regions freedom to lift or modify curfew, although any decision must be communicated to the Ministry of Health for approval, and it must be in place for at least seven days.
Aguirre said that he can’t understand the disparity amongst communities in dealing with the pandemic, and insisted that the central governments should both lead and maintain cohesion for decisions to be made.
Although not imposing home confinement, the Junta de Andalucia recommends that people stay at home as much as possible as a precautionary measure.
As of Tuesday November 10, alert levels 3 and 4 are in place, and “all citizens must carry out their activities of any kind, in accordance with the precautionary principle” in order to avoid “unnecessary risks for themselves or others and avoid spreading the virus”.
The current situation in Andalucia includes the closure of all municipalities (towns, cities, villages) meaning people cannot travel between them unless it is to:

Meanwhile, in Cataluña, the 10pm to 6am curfew is being extended for another 15 days; in Castilla y Leon, until November 23, there is a perimeter confinement and hotels, restaurants, shopping centres are closed, visits to homes for the elderly and social gatherings of more than six people are banned and curfew is between the same times as in Cataluña.
In Madrid curfew is from midnight to 6am and it is recommended that people not meet with anyone they don’t live with; in Castilla-La Mancha the perimeter closure has been extended, and curfew is from midnight to 6am.

Thank you for taking the time to read this news article “Ministry denied Junta earlier curfew”. For more UK daily news, Spanish daily news and Global news stories, visit the Euro Weekly News home page.
Euro Weekly News is delighted to continue to be able to bring you a range of News from around Spain in English and Global News live as it happens.
Euro Weekly News doesn’t cost you anything but your internet connection. Whether it’s bringing you the local Spanish news or the International news today, we’ve got you covered!