Final countdown for the old pesetas 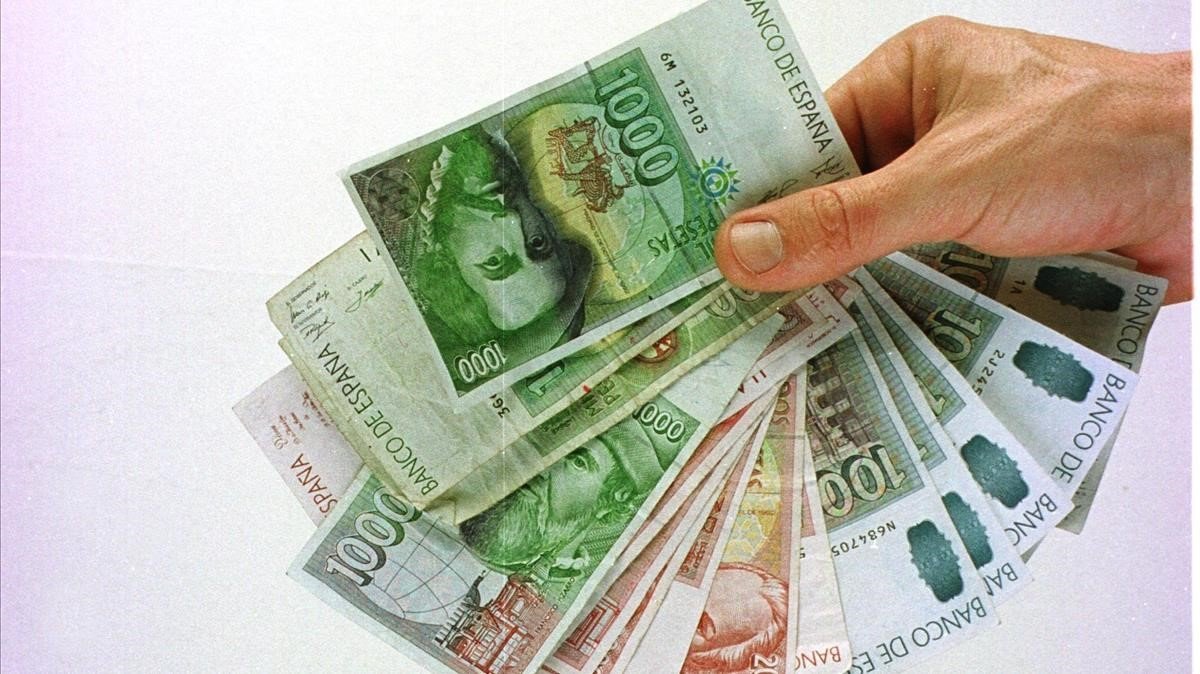 THE final countdown is on to get rid of any old peseta notes and coins you may have lying around the house.

According to the Bank of Spain, at the end of September this year, almost 1.6 billion euros worth of pesetas were still unaccounted for and had not been handed in. If you were living in Spain before the euro came into circulation in 2002, it may be worth checking if you have any, as not only can you still return them to the Bank of Spain, some notes and coins are worth up to €20,000 to collectors.
However, December 31 this year is the final deadline for returning them to the Bank of Spain.
This seems to have encouraged people to finally get the currency changed, as in the first week of November, €792,043 worth has been exchanged, compared to the weekly average in the past few years of just €170,000.
So, if you have any pesetas, what should you do?
Anyone can go to the Bank of Spain, in Calle Alcala 48, Madrid, or to any of the 15 branches throughout Spain between 8.30am and 2pm.
Due to the current restrictions, an appointment is needed.
You will need to take proof of identity (DNI, passport or residents’ card), especially if the amount is equivalent to €1,000 or more.
If you’re currently abroad, you can request the exchange by sending the notes and the necessary form (available on the Bank of Spain website) by registered post. However, coins cannot be exchanged via this method.
One euro is worth a little more than 166 pesetas, 1,000 pesetas is approximately €6.
Only notes which are in good condition and are from after 1939 will be accepted. If you have notes from between 1936 and 1939, they may also be eligible, but need to be analysed by experts first.
All coins which were in circulation on January 1, 2002 will be accepted, even if they are slightly damaged, as long as the machines used by the Bank of Spain recognise them. It is possible that if they’ve been modified, they won’t be accepted.
Collectors’, commemorative and special coins will also be accepted.
Amongst collectors, one of the most sought after coins is the 1949 five peseta coin, which can be worth between €12,000 and €20,000.
To see more valuable coins and check if you might just have a small fortune down the back of your sofa, here are some examples.

Thank you for taking the time to read this news article “Final countdown for the old pesetas”. For more UK daily news, Spanish daily news and Global news stories, visit the Euro Weekly News home page.
Euro Weekly News is delighted to continue to be able to bring you a range of News from around Spain in English and Global News live as it happens.
Euro Weekly News doesn’t cost you anything but your internet connection. Whether it’s bringing you the local Spanish news or the International news today, we’ve got you covered!
Euro Weekly News, the leading free local and national newspaper in Spain, the people’s paper, we lead others follow!