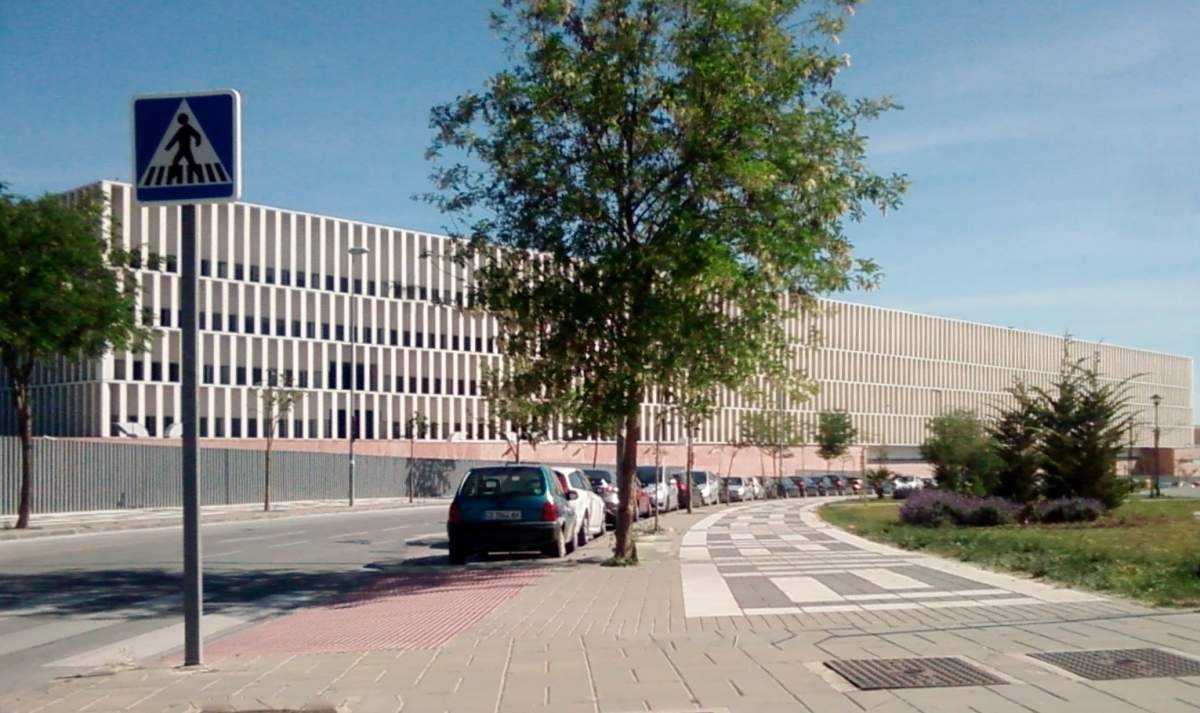 A WOMAN, 22, accused of leaving her 17-month-old daughter alone to die, is facing 21 years in prison.

She admitted that when she left the baby, named Camelia, alone in the house with just a bottle of milk and some biscuits, she didn’t plan to come back for her and knew that she would die.
She left the baby in the bedroom, on the bed, with the blinds down and the door closed.
The trial against her began on Monday, November 16, at the Ciudad de la Justicia courthouse in Malaga where she sobbed throughout the hearing while admitting to the charges against her, by nodding her head and never once looking up.
The woman, described as beautiful and extroverted, arrived in Spain from Morocco in March 2017, already pregnant, and went to live with her mother and older brothers in Velez-Malaga, in order to hide her pregnancy from her father. She was 18 at the time. They were financially stable and she gave birth in May 2017, after which, she continued to live with her sister and brother-in-law, who looked after the baby, supposedly so she could continue her studies. However, she failed to attend lessons and dropped out.
She also paid a friend to look after the baby and to take her to and from nursery, but never showed the child to any other friends.
In 2018 she moved to Malaga city and rented an apartment with money sent to her by her family. In August that year, she started working as a waitress in a disco and left the 15-month-old baby alone all night. When she finished work, she would go to a friend’s house, so the child remained alone for even more time until she got in at 2pm. She never bothered to enrol her in a day care centre. Neighbours claim to have heard the baby crying for hours on end, but there is no record of them having done anything to report the situation.
She admitted that from September 2018, she started to sleep at her boyfriend’s house and would leave the baby alone all night until the following afternoon, even once she had stopped working. She never told him about the baby and in October 2018, she left the apartment, with the baby girl inside, with no intention of returning.
In November 2018, her siblings, being unable to contact her, came to Malaga and she told them that her daughter was living with a woman in Nerja who took care of her, but that she hadn’t seen her for several days. After they continued to question her, she admitted to what she had done and the family alerted the Local Police.
The officers found the baby’s body in an advanced state of decomposition, having died up to 30 days before she was found. She was dehydrated, starved and lacked proper medical and hygiene care.
The accused then attempted to flee to Morocco, after telling her friends and boyfriend what she had done. She was arrested at her boyfriend’s house where she was found hiding under a blanket.
The woman is facing one year for abandonment and 20 years for murder. She claims she is sorry for what she did and her defence lawyer is asking for 16 years, saying that she had suffered abuse, attempted suicide and was in a situation of social exclusion.
The Public Prosecutor claims that she is immature, egocentric and will not forego her personal enjoyment to care for others, but has no mental issues.