A fairy tale ending for an abandoned and abused horse 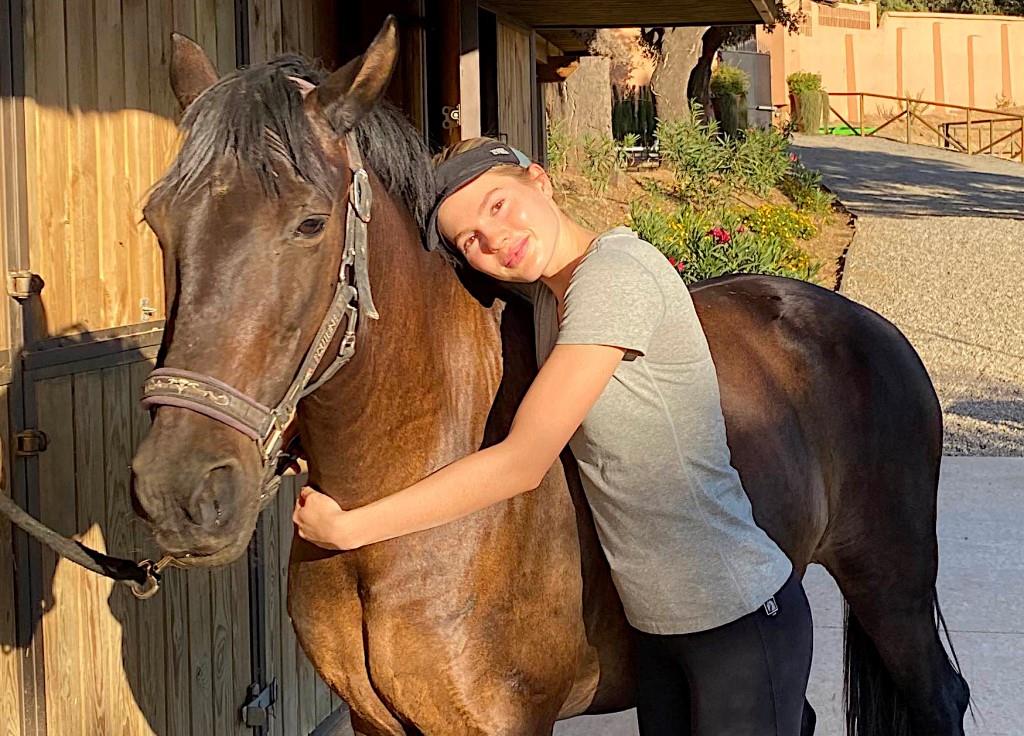 ARCH, the Andalucian Rescue Centre for Horses and Donkeys, has been saving animals from abuse, abandonment and neglect for almost 12 years and this year has been particularly challenging as with fund-raising events mainly cancelled, the charity is relying heavily on the generosity of their supporters.

Among these are Victoria and Cristina Iglesias, long-time horse lovers and proficient horsewomen who are the twin daughters of Julio Iglesias.  By a strange coincidence, the twins first heard about ARCH through contacts in New York, although the family has a house near Marbella.

On returning to Spain they arranged a visit to the rescue centre in Alhaurin el Grande, since when they have been enthusiastic followers and generous donors.  This year the girls went one step further, offering to foster one of the rescues over the summer, to order to help train her with a view to finding her a permanent home.

The horse they chose, a 12- year-old mare known as Moni, had been at the Centre for several months. Neglected and virtually abandoned, she was tied to a tree on waste ground near Malaga. She was also heavily pregnant. and as the weather worsened, she gave birth to a small colt foal in torrential rain.

A concerned local animal lover had already approached ARCH and as there was no sign of any owner – the mare had no microchip – it was urgent to get SEPRONA (the animal welfare arm of the Guardia Civil) involved.

Almost exactly a year ago, Moni and her two-day-old baby (named Lucky by the man who had found them) arrived at the Centre to a warm stable, food and veterinary attention.

Mother and baby thrived over the months that followed and once Lucky was weaned ARCH were looking to rehome Moni, who needed to regain her figure and fitness after maternity leave.

So, she went to the Iglesias stables where the girls gave her care and attention and started to ride her.  They fell in love with her gentle and sensitive nature and also discovered that she had a talent for jumping. It was not long before they decided to keep her!

Renamed Zaza, she is now enjoying a life of luxury in surroundings that could not be more different from her earlier experiences.

Cristina and Victoria continue to keep ARCH up to date with Zaza’s progress and volunteers are hoping that they will be able to visit their very own Cinderella once life becomes safer and less restricted.

Visit www.horserescuespain.org to read about Zaza, Lucky and all the other ARCH rescues on their website and on their Facebook page Centro Andalusi de Rescate de Caballos (the charity’s registered name in Spain).

Thank you for taking the time to read this news article “A fairy tale ending for an abandoned and abused horse”.