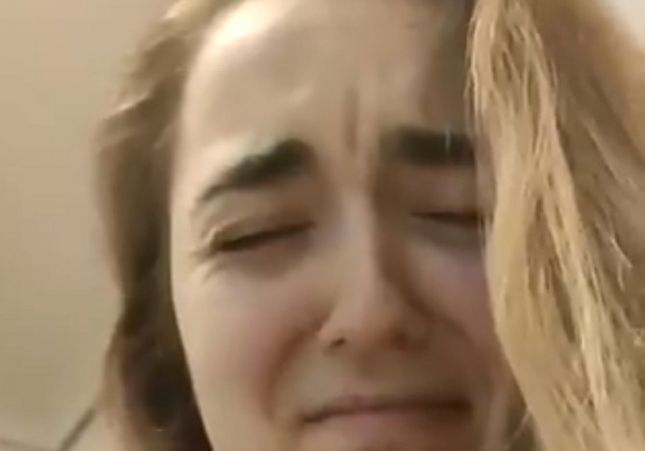 AFTER her situation went viral due to her flatmates’ lack of solidarity, Covid-19 positive student nurse Elena Cañizares has taken to social networks again to say how grateful she is for the outpour of kind gestures she has experienced since.

Elena’s three flatmates found out that she had tested positive with Coronavirus and reacted in the worst way possible. They told her to go home to her parents, who are elderly and at risk, to self-quarantine, because she was “their responsibility”.

She has since appeared on national TV several times on videocalls and spoken of how her situation is progressing. She has removed the thread from Twitter in the hope of putting an end to her flatmates’ bullying and to avoid legal problems.

Several brands have offered her gifts, including home-delivered food, or to pay her rent for a year, although she preferred to give the money and gifts to charity. If she decides to take legal action, the Nurses Association of Ciudad Real, her city of origin, has offered her legal aid.

Neighbours in the same apartment block have also called her to ask if she needs anything, and her landlord has also been very understanding, she says. Obviously she can’t continue to live with her current flatmates and will be leaving once her quarantine is up in December.

Thousands of people around the world have heard the messages in which Elena’s flatmates, Rocio, Angela and Lucia, tell her to leave the apartment so that they can continue to live as normal, and accuse her of being “selfish”.

She has admitted that she is worried about the legal consequences of having published private messages online, but says that she never expected the situation would go so far.

She said that she never intended to do them any harm, thinking that her tweets would only be seen by her friends, and has asked people not to bully her flatmates. In just a few hours, her Tweet had been retweeted 50,000 times.

Experts confirm that if someone tests positive with coronavirus, the 15-day mandatory quarantine must be carried out at their usual place of residence and no-one can be asked to leave their home because they have the virus.

“It’s your parents’ duty to look after you” one of her flatmates said, “not ours.” “We met you on the street and should not be forced to live in this situation”, she continued.

At another point of the conversation, one of the women says “We have our life, we don’t have to live in these conditions […] You have your home, you don’t have to infect other families. […] You want to stay there at the expense of three other people who are screwed and can’t have a normal life in their own apartment. We have to go to university and to the gym and you don’t think about that.”