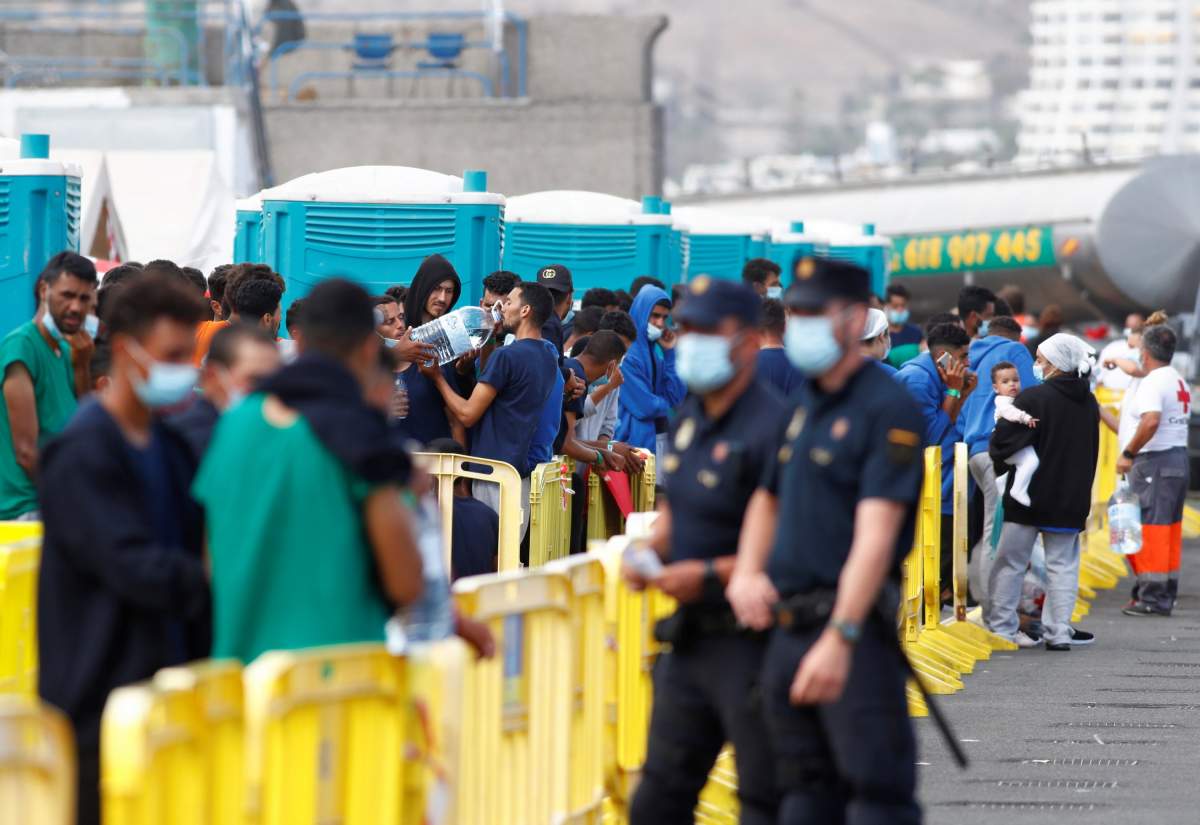 SPAIN has joined three other Mediterranean countries in calling for EU migrant quotas as the bloc attempts to bring in new migration legislation.

The country has joined Greece, Italy, and Malta in signing a joint statement asserting that ‘the frontline member states cannot face the migratory pressure on the whole EU’. Since 2015 hundreds of thousands of migrants have arrived in the four countries from their journey over the Mediterranean sea, many fleeing conflicts in Africa and the Middle East.

Now they say that the EU’s ‘New Pact for Migration and Asylum’ will leave them continuing to bear the brunt of the challenge of processing and integrating huge numbers of migrants. They particularly state that ‘the notion of mandatory relocation should remain and be pursued as the main solidarity tool’. The new plans have scrapped mandatory relocation of migrants, whereby individuals would be taken to a new country from their port of arrival to distribute the influx.

The reform plans would see migrants screened for 5 days on arrival in the EU, and within 12 weeks would either enter an asylum procedure or be deported. Countries will have the option to either integrate asylum seekers or take charge of their own deportations, with no mandatory quotas imposed on any state. Spain, alongside its 4 other critics of this new law, believes that this will leave it with a disproportionate volume of migrants to process compared to other EU states.

An EU Commission spokesman said that the new reforms had been made after ‘extensive consultations’ with different countries and that it will ‘seek to address the varied and genuine concerns of all, in the knowledge that no member state experiences migration in the same way’. Germany has pressed for the EU to agree to the reforms by the end of this year in order to begin its endorsement in early 2021.