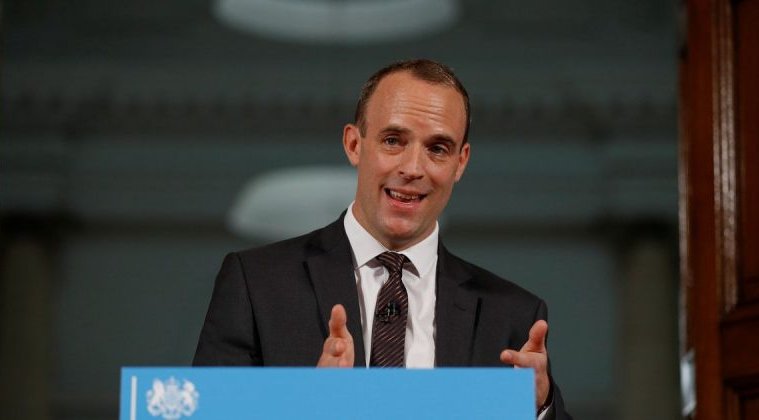 Foreign Secretary Dominic Raab has said that the EU and UK are entering “the last week or so” of “substantive” post-Brexit trade negotiations. With the Brexit transition period set to end in little more than a month’s time, Mr Raab suggested talks might soon be reaching a conclusion. However, he called upon the EU to accept a “point of principle” on fisheries, which has so far been a key sticking point in reaching a deal.

Talks have been continuing via video link for the past week or so, after the positive Covid-19 test in a member of EU negotiator Mr Barnier’s team. Mr Barnier travelled to London on Friday after briefing EU ambassadors and members of the European Parliament on talks.

“In line with Belgian rules, my team and I are no longer in quarantine. Physical negotiations can continue,” he wrote on Twitter. Ahead of in-person talks getting back underway, his UK counterpart Lord David Frost pledged to “do my utmost” see if a deal is possible.

“It is late, but a deal is still possible, and I will continue to talk until it’s clear that it isn’t,” he tweeted on Friday. He added that any deal would have to “fully respect UK sovereignty,” including overfishing waters and a regime for subsidising businesses.

“An agreement on any other basis is not possible,” he added.

The UK has dismissed an EU offer on rights to Britain’s fishing waters as “derisory”, dealing a blow to hopes that the two sides can secure a post-Brexit trade deal in coming days. With only five weeks to go before the end of the transition period, talks on the UK’s future relationship with the EU boiled over when Britain lashed out at an indication from Michel Barnier about how far the bloc was prepared to move on the vexed issue of EU access to UK waters.

At a closed-door meeting with EU ambassadors, Mr Barnier, the bloc’s chief Brexit negotiator, said he had told Britain the EU could accept a 15 to 18 per cent cut in its share of rights in UK waters. British and EU officials said the offer was made some weeks ago.