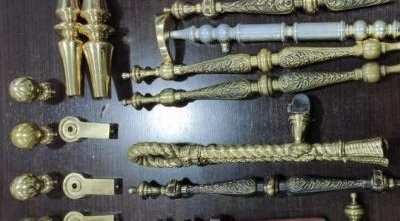 A 54-year-old French-born thief, arrested by local police, in Callosa de Segura, near Alicante, Spain, was found to have a backpack containing many “tools of the trade”, used for carrying out robberies after neighbours had spotted a man described as wearing a white jacket, blue cap, and with a red bicycle, was in the process of trying to force the handles of a portal on Felipe II street and called the police, who had already received three other calls alerting them to similar activities in Calle Abajo, Plaza de Los Dolores and Calle La Cuesta.
A spokesman for the local police said, “The Local Police of Callosa de Segura arrested a 54-year-old male, identified by the initials FPMB, born in France. At the time of his arrest, he was carrying a backpack with 17 different types of cranks and a wrench, a tool with which he allegedly carried out the robberies. The detainee is an old acquaintance of the police – with a long history of arrests and criminal record”.
The police have contacted over 40 properties, who had reported thefts, to invite victims of robberies of this type to go to the Civil Guard headquarters to file a complaint.
Theft of brass used in decorative door ornaments is becoming more widespread during the pandemic, and Rocio Cuadrado, the Police Councillor, said the help of neighbours to combat local crimes is very important, “Their help is invaluable so that the agents continue to carry out their work with the extraordinary professionalism”.
____________________________________________________________
Thank you for taking the time to read this news article “Door Knob Thief Arrested In Callosa de Segura, Spain”.
For more UK daily news, Spanish daily news and Global news stories, visit the Euro Weekly News home page