Couple killed friend and dumped his body in the road 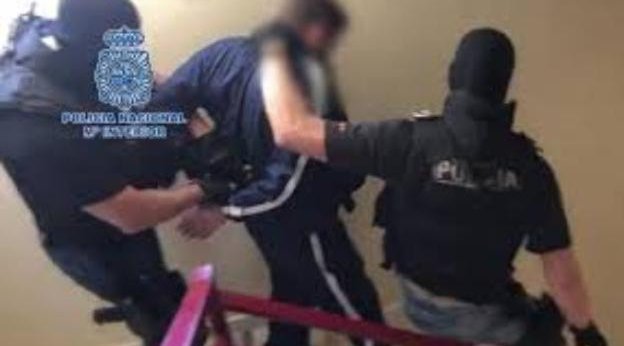 The killer was arrested in Sevilla

A COUPLE has been found guilty of killing a friend and dumping his body in the road in Malaga in December 2018.

The events took place on the night of December 29 to 30, when they went out to dinner with another couple and met the victim, aged 32, in a bar. He was known to them as they live in the same area and had coincided in prison.
He joined them and they went to other places until closing time, without any arguments or problems.
At one point, the three of them went to the beach which is when the accused man grabbed a knife, got out the car and stabbed the victim by surprise from behind. He was unable to defend himself and was stabbed up to 18 times.
He did not die immediately, but bled to death in the boot of the car where the couple had put him. When they reached the seafront promenade, they stopped the car and dumped his body in the middle of the road. It was run over by a car, but police soon discovered that this was not the cause of death.
What the culprits did not know, was that before he died, the victim changed his WhatsApp profile picture to a photo with his killer that had been taken that night.
His sister saw it, took a screenshot and took it to the police.
The couple was on the run for several weeks until in January 2019, the woman came out of hiding and was arrested, and her partner was caught by National Police in March 2019 in Sevilla.
She initially claimed that he had held her against her will, although this was found to be untrue.
The people’s jury has found the man guilty of murder and the woman an accomplice, taking into account the mitigating circumstance of insurmountable fear.
The sentence for each of them has not yet been revealed.

Thank you for taking the time to read this news article “Couple killed friend and dumped his body in the road”. For more UK daily news, Spanish daily news and Global news stories, visit the Euro Weekly News home page.