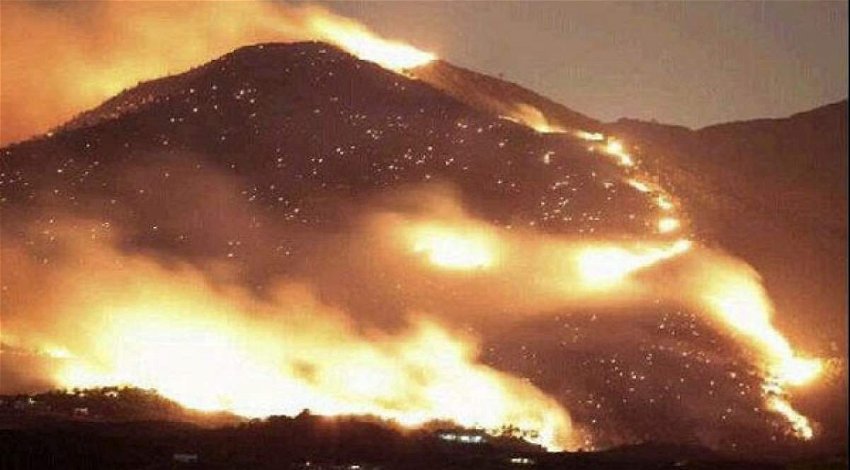 THE gardener accused of starting the fire which destroyed 8,225 hectares on the Costa del Sol in August 2012 and caused €39.6 million worth of damage, is facing seven and a half years in prison.

The fire was also the cause of death of a German man, 54, who was found dead in his burned home.

Two people, a German couple, were seriously burned. The woman suffered third degree burns to more than 60 per cent of her body and died in hospital in Germany from her injuries.

The man was in Intensive Care for three month, and is now unable to stand, walk or use his hands.

A Belgian woman and her two daughters, aged 12 and four, were also injured.

The fire was detected on August 30, 2012 at almost 7pm from a surveillance tower in Coin.

It was finally put out on September 4, 2012, after devastating areas of six towns in the province; Coin, Mijas, Marbella, Ojen, Monda and Alhaurin el Grande.

The accused was carrying out maintenance work at the home of a Belgian man with whom he had a verbal contract to work as a gardener.

The danger of forest fires was extreme due to the high temperatures and lack of rain, but the gardener, without requesting a permit, lit a fire on the property to burn cuttings.

He then left the area without putting it out and the fire caught dry grasses, spread to the garage doors and to a small tool shed. The hot wind caused it to spread even further and it reached as far as the coast.

More than 5,000 people were evacuated from their homes, including the whole town of Ojen, while several homes were burned down and hectares of lands and forests were devastated.

The Public Prosecutor details that 347 people or businesses, 74 of which are in Marbella, more than 100 in Ojen and 162 in Mijas were damaged or destroyed. The fire also affected underground waters in the area.

The gardener is charged with reckless behaviour, involuntary manslaughter and involuntary bodily harm.

He was arrested by Guardia Civil in September 2012.