We will all have to adapt in order to enjoy Christmas 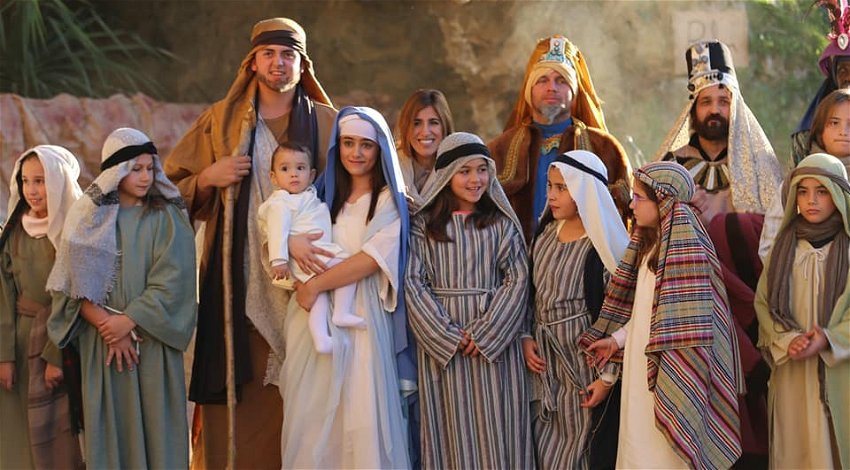 Benalmadena has had Living Nativities for 41 years Credit: Benalmadena Council

MANY Catholic countries have a tradition of creating large Nativity scenes not just in churches but in the centre of towns and shopping centres and according to legend, the first such scene was created by Saint Francis of Assisi in the 13th Century.

Andalucia has a history of creating Living Nativity scenes (belenes vivientes) where smaller villages in particular see the entire population dress up as townsfolk, shepherds, the magi, King Herod, Mary and Joseph and the baby Jesus and they even introduce a selection of domestic animals to add to the scene.

Some include a historic market with crafts and other items on sale and the event can last a day or a weekend and the first used to start at the beginning of December to coincide with the Feast of the Immaculate Conception (December 8 this year) and run until Three Kings Day.

Although this tradition is most popular in Cadiz Province, there are a number of towns in Costa del Sol, such as Benalmadena and Marbella who in the past also put in a great deal of time and effort in staging their own version but sadly this year will be different.

Clearly due to the State of Alarm and the requirement for social distancing, unless rules change dramatically in mid-December, it is highly unlikely that a Living Bethlehem (or Nativity) will be able to go ahead despite decades of participation.

Whatever happens however, life must go on and we are all becoming far more prepared to adapt to the situation which means that if you can’t visit a traditional Nativity scene in person, there will no doubt be a number of static scenes available to view online.

Although the UK can hardly be described as a very religious country, primary school nativity plays are a tradition which still go on, despite the occasional rumble of discontent from those who believe that they are improper due to the number of non-Christian children attending schools.

At one time it seemed that there would be hardly any plays in Britain this year, but the introduction of the new tier system has meant a major reduction in restrictions on children, so that those schools which fall in tiers 1 and 2 can go ahead with nativity plays provided that audiences respect social distancing.

Even in tier 3, provided the participants are all in the same school bubble, then they can also take part but without an audience although parents will be able to view via Zoom.

Carol singing is allowed with certain restrictions and Santa’s grottos will be able to open in all tiers as long as they are in venues that are already allowed to open such as department stores or village halls but this only applies to England until Northern Ireland, Scotland and Wales decide on their rules.

Whilst those on the Costa del Sol are restricted from moving between municipalities, Christmas shopping is going to be more difficult than usual, with shopping centres such as La Cañada in Marbella and Plaza Mayor in Malaga which rely on out of town visitors being hit by the restrictions but many municipalities do have decent high streets with plenty of choice with residents being encouraged to buy locally.

Naturally, whilst the restrictions are in place, there is bound to be a huge volume of shopping done online which in many ways is not only more convenient but also will be considered safer by those who are worried about rubbing shoulders with other shoppers in large centres.

One thing is certain however and that concerns the incredible generosity of many people, especially, but not just, expatriates who are doing all that they can to ensure that those who are socially disadvantaged due to the pandemic have enough good food to keep them healthy and their children will not lose out this Christmas (or Three Kings).

Voluntary groups all across the Costa del Sol have been campaigning to either raise money to buy toys or encouraging members of their communities to buy a gift themselves and wrap it up for a child in need.

The hospitality industry which to some extend has been brought to its knees by the restrictions, has been exceptional in hosting events, providing food and generally encouraging their customers to give to those who need help.

Hopefully, when the Junta de Andalucia reviews its rules concerning the curfew and closing of shops and restaurants next week, it will decide that there has been a sufficiently large drop in the coronavirus cases that it will feel able to lift some of the restrictions.

Whilst few wish for a ‘free for all’ Christmas and New Year, the majority want to be able to have a little more freedom to mix with friends and family in friendly surroundings.

Thank you for taking the time to read this news article “We will all have to adapt in order to enjoy Christmas”.