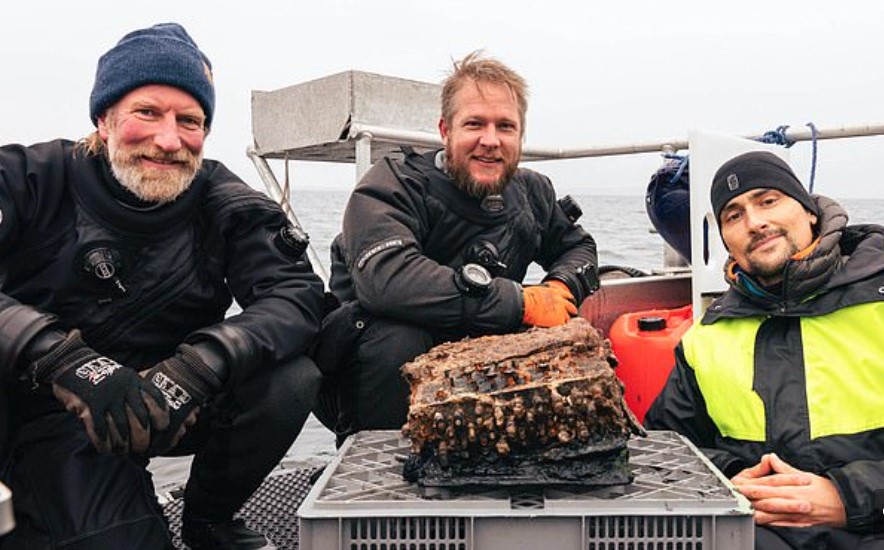 Divers from the Submaris company, in Gelting Bay, while on a routine dive, in the Baltic Sea, off the coast of Germany, clearing old abandoned fishing nets, made the most incredible discovery of their lives, a German World War Two, portable Enigma machine, which has now been stored safely, in the Museum of Archaeology in Schleswig.
Enigma machines were scrambling devices used by Nazi Germany, at the height of the Second World War, to encode top-secret messages transmitted by radio, comprising of a number of cogs and wheels, that encrypted messages, with combinations changed daily, then radio operators at the other end, used codebooks to decipher the received messages.
Alan Turing is the man engraved in the history books, for being the leader of a team of code-breaking experts at Bletchley Park, England, responsible for finally breaking the Nazi codes, eventually cracking up to 3000 messages per day, which led to the destruction of the U-boat fleets in the Battle Of The Atlantic, in 1945, helping to bring the war to an earlier close.

World Wide Fund for Nature (WWF), spokeswoman, Gabriele Dederer, said of the incredible find, “The WWF has been working for many years to rid the Baltic Sea of dangerous ghost nets, abandoned or lost fishing nets, known as ghost nets, represent a deadly trap for fish, marine mammals, and sea birds, and are a form of underwater pollution. The Enigma is by far the most exciting historic find, as they are so extremely rare”.

Florian Huber, the diver who made the find, said, “As an underwater archaeologist, I have already made many exciting and strange finds, however, I didn’t dream that we would once find an Enigma machine. It was a grey November day I will not forget so soon”.