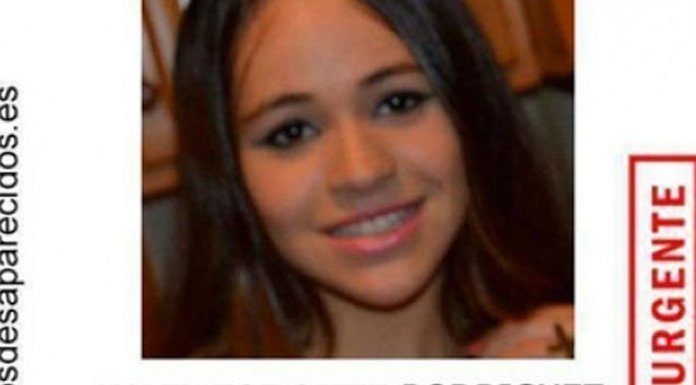 THE family of missing girl Malen Ortiz, held a rally this week to mark the seventh anniversary of her disappearance.

Malen Zoe Ortiz was 15 years old when she disappeared from Calvia on December 2, 2013.
She was reportedly heading to her boyfriend’s home in Son Ferrer, but never arrived at her destination. She was wearing pink shoes, a checked shirt, blue denim jacket, torn trousers and carrying a bright green skateboard. She is thin, about 1.60m tall, with long, straight brown hair.
According to her father she left school, caught a bus and got off outside a Magaluf theme park. She called her boyfriend and asked him if she could go to his house, because she had forgotten her own house keys. She then called her father to let him know, but was unable to locate him and left a message with his secretary.
Nothing has been heard of her since and her phone was turned off just 10 minutes later. Her boyfriend claims he never saw her that day.
She was seen on security cameras from a petrol station in the area at 3.51pm that day and it was initially thought that she might have disappeared of her own accord. Her brother arrived at the same spot 20 minutes later but she was not there and he didn’t see her on his way.
Malen lived with her father and brother in Cala Vinyes. It was suggested that her relationship with her father was complicated and that he may have been abusive towards her. He offered a €80,000 reward for clues leading to her. He was arrested six years ago for allegedly abusing a woman and later released with charges.
Malen also reportedly refused to talk to her mother because she allegedly put Malen and her brother out on the streets with nowhere to go following an argument. Her new partner had reportedly threatened to kill Malen’s father.
She refuses to believe her daughter is dead, while her former partner has said he is convinced that whoever killed Malen is in Palma, and that it is someone she knew.
The Guardia Civil has said that the investigation remains open and that they have never stopped searching for clues leading to Malen. Hundreds of people have been questioned, and the officers report that they want to gain access to messages from the girl’s Facebook account, but that the social network has not provided them.