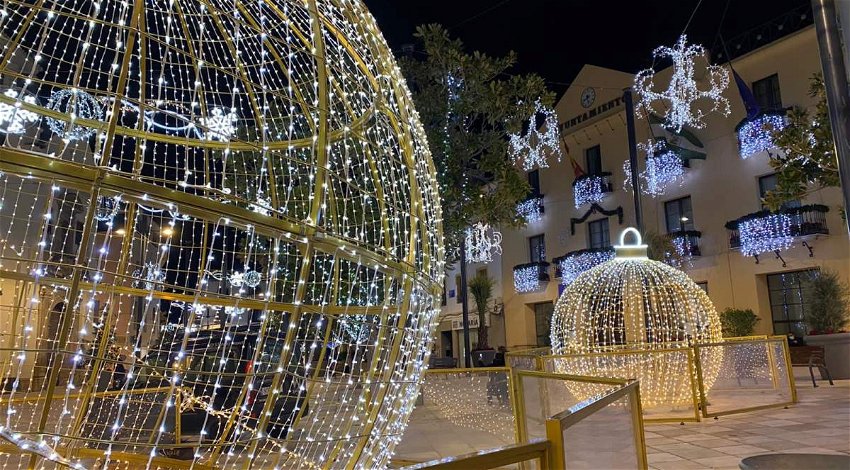 Velez-Malaga Council has been criticised over “insensitive” spending on Christmas lights when the money “could have been used to help those who suffer the most from the consequences of the crisis”.
THE Popular Party has accused the council of a “lack of sensitivity” after €196,000 was budgeted for the annual Christmas lights – the same as in 2019.
Councillor Eva García has criticised the spending, questioning why the local government “has not chosen, as many municipalities have, to install less lighting and allocate a high percentage of what was going to be spent on Christmas lights to directly benefit companies, businesses and families, who are going through a critical situation”.
“Our leaders (PSOE-GIMPTM) have shown once again a great lack of sensitivity with the current situation in the municipality, with 8,872 unemployed and almost 16,000 jobseekers, figures that are growing month by month”:
She insisted she is “not against the installation of Christmas lighting as it is important to give life to the streets and boost commercial activity”, but insists spending should have been limited this year.
The council stands by its decision and tweeted: “The town is already prepared for Christmas. In these difficult times, let’s keep to the safety measures.
“It is the best way to be supportive. Let’s go to the stores in our neighborhood that raise their blinds every morning. And on the way, as a family, let’s see the Christmas lights.”