EXCLUSIVE: One of the world’s foremost sculptors visits the Costa del Sol 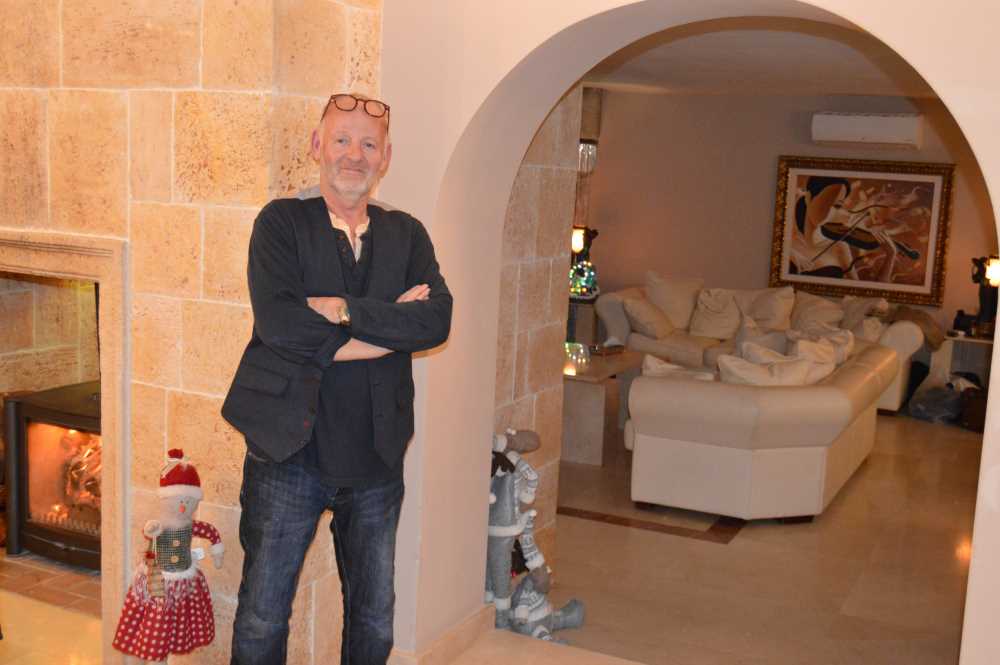 WHEN you have been commissioned by HRH The Duke of Edinburgh, the Duke of Westminster, Yasmin le Bon, worked with John Cleese and many more celebrities and can sit over lunch with the likes of Damien Hurst, then you know that you have made it!

Unlike many artists and sculptors who came through art school and university, Jonathan Wylder is somewhat different as he started his working career as a carpet cleaner who happened to enjoy painting.

What started as a hobby became a way of earning a little extra money with him selling his work for £25 a time at local fairs until he decided that he should take a chance and make art his full- time profession and he has certainly made a huge success.

He spends much of his time in either Thailand or the UK but having lived in Ibiza for some time, working with James Blunt on a major project he decided that now was the time to spend a few days on the Costa del Sol to recharge his creative batteries.

Jonathan is a very friendly and outgoing character who kindly gave up some of his time to speak exclusively to Euro Weekly News and proudly shared photographs of some of his best work which is incredibly diverse.

When asked what his dream commission would be, he said “I love working in stone and my ideal would be to produce a large group featuring my five children but it would take about three years to complete, so I guess that won’t be likely as I still have a mortgage to pay!”

It is not always skill that sees artists find success but there is also an element of luck which crossed Jonathan’s path as he started producing stone statues for garden centres and came to the attention of a senior official at the Business Design Centre in Islington and was given a shop window to display his work.

That’s when the commissions started to arrive and for a period of time, he opened a Gallery in the centre of London which didn’t earn a great deal but brought in some top clients for commissions and Jonathan had his own exhibition at the Victoria and Albert Museum.

It’s not just sculpting in stone, bronze and other materials but Jonathan is also a painter and is getting ready for a new exhibition of his work but as he explained “when I was younger, I could produce a painting in a few days but now not only does it take longer, but I want it to as I keep scrutinising what I have done to make sure it’s a perfect representation of my art.”

“I have got to an age when I’m thinking about leaving a heritage and hope to see even more of my work in museums and in public spaces to inspire those who want to become artists and can use my success as an example.”

Having enjoyed a short break on the Costa del Sol and definitely finding the experience rewarding, Jonathan plans to return in the New Year for a slightly longer sojourn.

Thank you for taking the time to read this news article “EXCLUSIVE: One of the world’s foremost sculptors visits the Costa del Sol”.