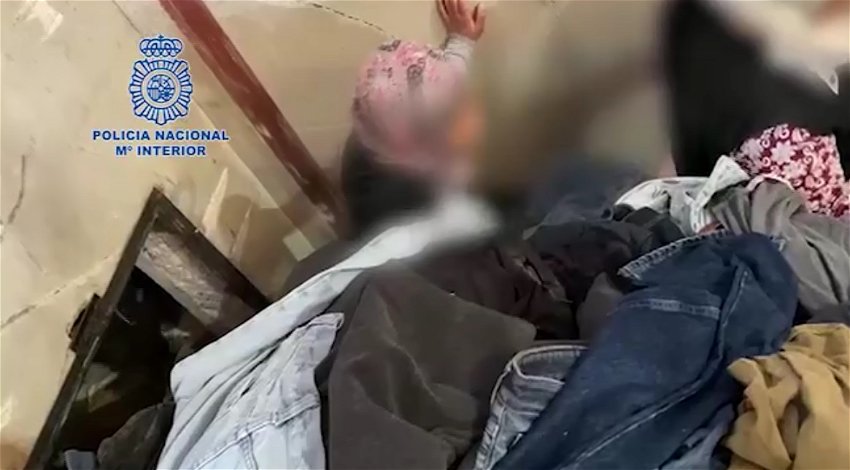 NATIONAL POLICE found 21 people forced to work in extremely poor conditions during a search of a textile company in Fuente Alamo, Murcia.

Twenty-one people were found to be working there illegally, and eight of them were found hidden in a tiny room which was built during lockdown. They were forced to work long hours for two euros per hours and had no social security and no safety of hygiene measures.
Three people, a father and his two sons, who ran a family business buying second-hand clothes to sell or distribute to countries in Africa, were arrested.
When the National Police and Work Inspectors entered the premises, the man began shouting and the workers to run and hide. Four of them got over an outside fence, while the other, together with the company owner, locked themselves in a warehouse for 15 minutes. During this time, the man forced eight of the workers into a tiny room and blocked the exit with heavy trolleys full of clothes, making it impossible for them to get out.
Several officers were needed to move them and get the victims out of the room, which was little more than a hole, and had been made during lockdown in order to hide people inside in the event of a police search of the premises.
The detainees found foreign citizens living illegally in Spain and forced them to work in the extreme conditions mentioned above.
They were not allowed health care, even if the suffered an accident in the workplace.
The detainees have been charged with crimes against the rights of workers and will appear in court.