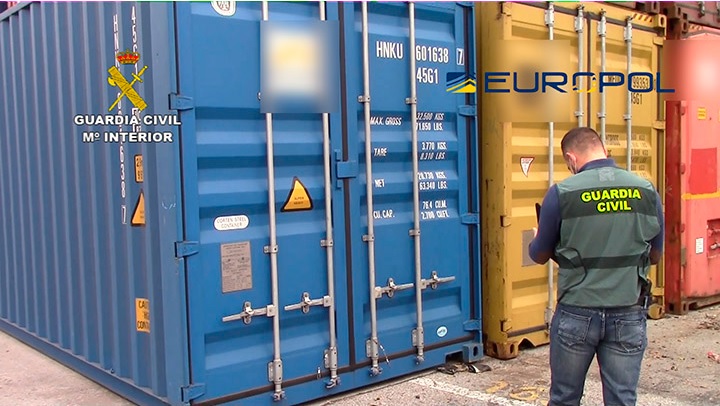 The were sent from ports in Portugal and France

IN an international operation several groups illegally exporting hazardous waste to third countries have been dismantled.

As part of a Europol directed operation named DENAY Guardia Civil and the Circular Economy Department of the Ministry for Environmental Transition and Demographic Challenge, arrested 11 people and put a stop to several channels of hazardous waste travelling to countries with developing economies where serious damage was being caused to the environment.

It is estimated that this illegal business moves up to €17 billion annually.

The operation was carried out in the provinces of Alava, Vizcaya, Salamanca, Valencia and Madrid, and targeted several companies that collected and sent hazardous waste to countries where its processing, due to either the lack of environmental protection measures or cheap labour, generated many more benefits.

These countries included Libya, Iraq, Ghana, Guinea Bissau, and others, depending on the type of waste, and bypassing the official controls used exit ports in France and Portugal. The authorities in both countries have taken part in the investigation.

The companies were sending industrial solvents in large quantities to be disposed of in Libya. Apparently, these components were dumped into the environment without any control, which greatly reduced costs, even despite the fact that the producer of the waste had already paid for its processing.

An investigation was launched to identify the members of the network as well as the companies sending car and truck engines to Iraq. Recyclable parts were removed from them and the rest was disposed of without using proper recycling methods.

Spillage from the engines can cause soil degradation and contamination of aquifers.

Some were sent to countries such as Ghana and Guinea Bissau, avoiding controls and export costs. They could then be illegally reused or dumped.

Eliminating this type of waste in Spain is expensive, as the procedures mean that its results in practically zero emissions.

The detainees are Spanish, Syrian, Portuguese, Gambian and Dutch.