Man kidnapped for paying for drugs with counterfeit money 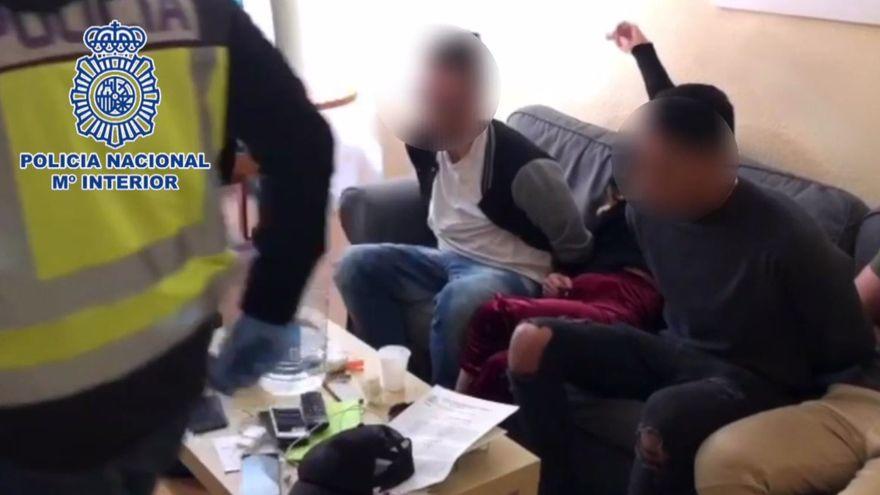 He told the police who arrested him that he was kidnapped

THREE people were arrested in Alicante for their involvement with the kidnapping and torturing of a man.

The investigation began, when an Italian man, 19, who was staying in a hostal in the city, was charged with forging and distributing bank notes.
He claimed that he had been kidnapped by the others, tied up and held in a house for several hours against his will, where he was beaten, threatened and tortured. He told the National Police that the kidnappers, two men, had burned his hands with heated scissors, demanding €3,000 for his release, which his father had attempted to transfer from Italy. He reported that he had to get the money because he had received death threats and the kidnappers had kept his ID and phone. He had allegedly been released just minutes before his arrest when the transfer had failed, so that he could get the money and give it to the kidnappers within a few hours. They threatened to kill him if he went to the police.
The police discovered that the kidnapping had come about when he attempted to pay them for drugs with the counterfeit money.
They searched the captors’ house and found the victim’s ID and mobile phone. The officers seized drugs and the restraints used to tie him up, tape and the scissors used to burn him.
The detainees are Italian and Colombian citizens aged between 21 and 33, and have been charged with kidnapping, drug trafficking and causing bodily harm.
A woman who was among the detainees has since been released, as she was only charged with drug trafficking, while the victim, who was also arrested, has since been released charged with forgery.
The police were initially alerted to the case by the hostal staff, who, when the man was not seen on the day he was due to leave, entered his room to clean, and found six forged €50 notes, drugs and other items, including receipts from shops.
The National Police went to the shops where the receipts came from to retrieve the forged €50 notes used to pay for the goods and avoid them entering circulation.