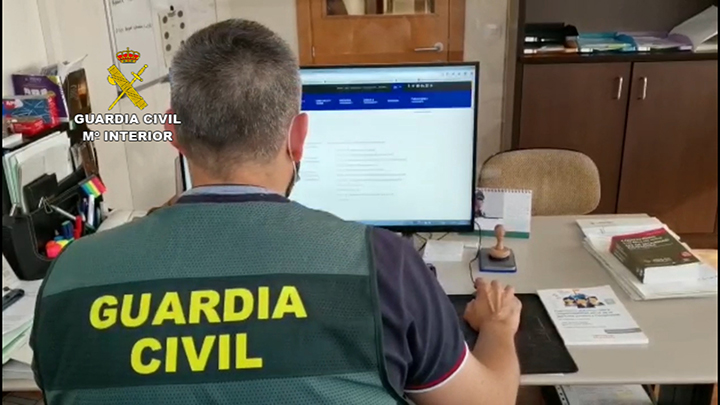 Guardia Civil identified the location where the man was being held

THREE teenagers have been arrested in Benicarlo, Castellon, for kidnapping and torturing a man in his thirties and showing it live on Instagram.

The victim, who was tied up, was admitted in a very severe condition to Castellon General Hospital. He has severe head trauma, broken ribs and a spinal fracture, as well as serious injuries to one arm which could mean he has to lose a hand, according to local Spanish daily El Periodico Mediterraneo, and other Spanish national press.
The youths, aged between 16 and 18, were arrested and appeared in Vinaros Courthouse. They were all released with charges of attempted murder and illegally holding a person against their will.
The events took place in a house occupied by squatters, where it appears the victim and the attackers all lived.
The Guardia Civil have said that it appears the youths wanted to take money that the victim had in the bank and held him against his will from the early hours of Sunday morning until approximately 4pm. They beat him with a spanner and an industrial mixer, which they showed on Instagram, covered in blood.
In the video, which is now in the hands of the authorities, the man can be heard crying and begging for mercy.
The alleged attackers appear to have lost control and can be seen shouting at him and threatening to kill him, claiming they will do so because he is a paedophile who has raped a girl. Guardia Civil say there is no evidence of this. They can also be seen smoking undetermined drugs.
The Guardia Civil were alerted to the existence of the video of the torture, which the teenagers broadcast live on Instagram, by a viewer who was alarmed by the images. He recorded them and took them straight to the authorities, who began to search for the house and located it at 4pm. When they arrived, one of the detainees was carrying the victim, seriously injured, and another had his bank book.