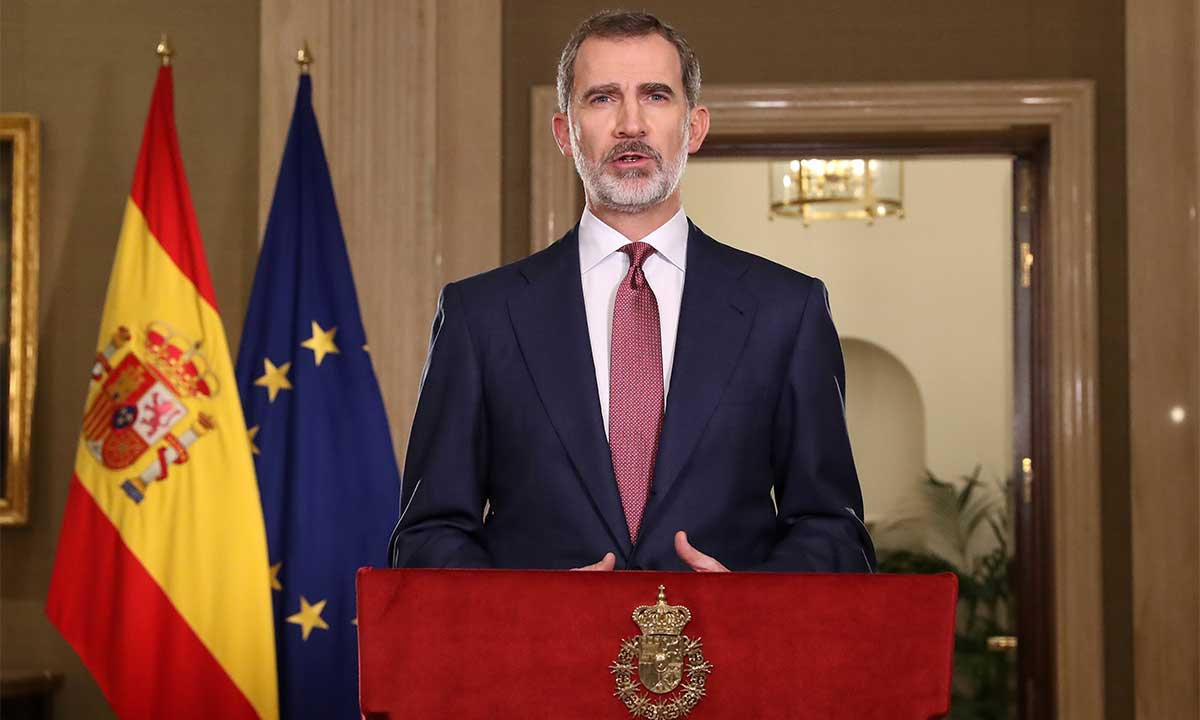 ANTI-MONARCHIST groups across Spain are urging the public to make noise and turn off their TVs while the King makes his annual Christmas speech after a tricky year for the Royals.

This year saw Spain’s Royal family embroiled in controversy due to the alleged widescale corruption of former King Juan Carlos. The retired monarch was forced to leave the country when investigators launched a probe into his connections to a multi-billion euro rail project in Saudi Arabia.

The financial controversy has further galvanised Spain’s anti-monarchist movement, who has campaigned against the Royals for decades. The Republican group Estatal por la Republica said “there will be all sorts of protests by various collectives” while King Felipe makes his speech.

These actions will include people turning off their televisions, banging pots and pans, and blaring Republican songs in an attempt to drown out the speech. A similar action was taken in March while King Felipe addressed the nation. The king was himself embroiled in his father’s scandal when it was revealed that he was potentially set to inherit millions from Juan Carlos through overseas bank accounts.

Prime Minister Pedro Sanchez has argued that the entire Royal institution should not be judged by the actions of one individual, though it is certain that the allegations against Juan Carlos have tarnished the image of the family among many Spaniards.

Podemos politician Gerardo Pisarello said that King Felipe VI should “condemn the irregularities” of his father’s finances during his speech, adding that “to be silent and act as though nothing happened this year would be a sign of weakness for the monarchy”.