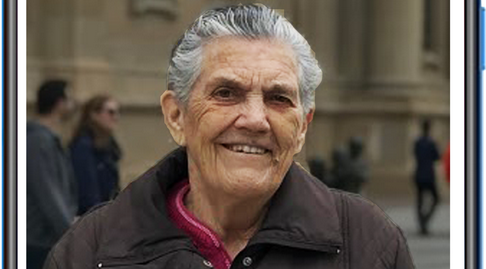 A YOUNG Spanish engineer has developed a smartphone designed for elderly users, which has become a hit during the pandemic’s social distancing restrictions.

It was two years ago that Jorge Terreu, a 22-year old engineering student from Aragon, decided to make a way to stay in touch with his grandmother while he studied in France. His 86-year old gran, Maximilliana, struggled with using technology and couldn’t learn how to operate a modern smartphone.
Terreu decided to modify a phone that would suit his gran’s needs by answering calls automatically as well as reading messages and notifications out loud. Today, his invention which he named after Maximilliana is used by 50 families across Spain and is expected to rapidly grow in the near future.
At the beginning of the pandemic, he donated five prototypes to a Zaragoza hospital to help reconnect elderly Covid patients with their families who were forbidden from visiting. His act of generosity grabbed the attention of the local media of Aragon’s capital, which led a shrewd investor to spot the potential in the young engineer and his invention.
Now Terreu is one of the lucky few young Spaniards who can afford to live independently, as his company of four employees works hard to develop new innovations to help the elderly adapt to our high-tech age. They are currently working on an AI tool that will automatically alert the families of his products’ elderly users to potential health risks and dangers.
Terreu told ABC that his grandmother, Maximilliana, is fond of boasting to friends about his success with her namesake company. In a playful addition to his useful device, he programmed a feature that reminds his gran that he’s her favourite grandchild.