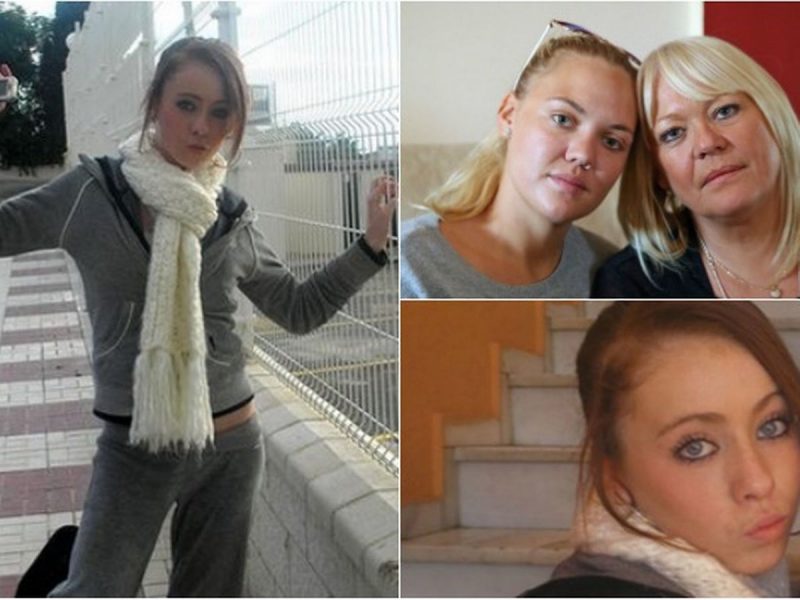 Amy Fitzpatrick’s sudden disappearance on New Year’s Day in 2008 is one of the most baffling missing person cases in Irish history. Amy, was just 15 when she vanished while on her way home from a friend’s house in Mijas on Spain’s Costa del Sol. To make the case more perplexing her friends said at the time that she hadn’t an enemy in the world.

The teen had been living in Spain with her mum Audrey Fitzpatrick, her stepfather Dave Mahon and her brother Dean. In 2016, David Mahon was sentenced to seven years in jail for the manslaughter of his partner’s son, Dean Fitzpatrick.
Amy was not officially reported missing until January 3. Since then, there has been no trace of the young Dubliner. Last week marked Amy’s 26th birthday, and close family and friends gathered to release balloons and sung ‘Happy Birthday’. Following her disappearance, a search involving hundreds of people was launched amidst speculation this was not an abduction.
Evidence Stolen
In August 2008, the home of Mahon and Fitzpatrick’s lawyer in Riviera del Sol was broken into and a laptop that was used in the search for Fitzpatrick was stolen. In addition, Fitzpatrick’s Nokia mobile phone was stolen. The 32-year-old lawyer, Juan José de la Fuente Teixidó, said the burglars got into his property by forcing a locked garden gate.
He said: “The stolen documents included confidential police reports about Fitzpatrick’s disappearance. I believe the burglary was related to Fitzpatrick’s disappearance. It makes no sense that they took documents which financially are worthless, and left behind all my expensive valuables like TVs, computers and music equipment.”
Aunt complained of a lack of interest in the case
Amy Fitzgerald’s aunt Christine Kenny complained to the Irish Mirror back in 2018 that the case was not being actively pursued by any police force and also revealed that when Amy’s name is typed into Interpol’s missing persons web page, it draws a blank.
Christine said at the time, quote: “Our government should have been doing an awful lot more which they didn’t do. They only did so much. There is (sic) some Government bodies that were very good with us but unfortunately, they couldn’t go any further because [of certain restrictions].”
Nokia Phone could contain vital clues
Christine believed a pink Nokia phone belonging to Amy – which Spanish police had supposedly never obtained – could provide vital clues.
“To us, there is vital evidence there and unfortunately they [the police] don’t seem to be picking up on it. It’s not that I haven’t tried to highlight it because I have tried. I think it’s about time that a cold case should be set-up but apparently, the Civil Guardia [police] don’t have a cold case unit in Spain. If a fresh pair of eyes would come in and do this cold case it could give us some answers.”
Do you have information regarding Amy Fitzpatrick’s Disappearance?
Anyone with any information should contact the Guardia Civil (Spain) on (+34) 636 079 619, the Garda Confidential line on 1800 666 111 or any Garda station in Ireland.