Body of second snowplough driver found after an avalanche in Asturias 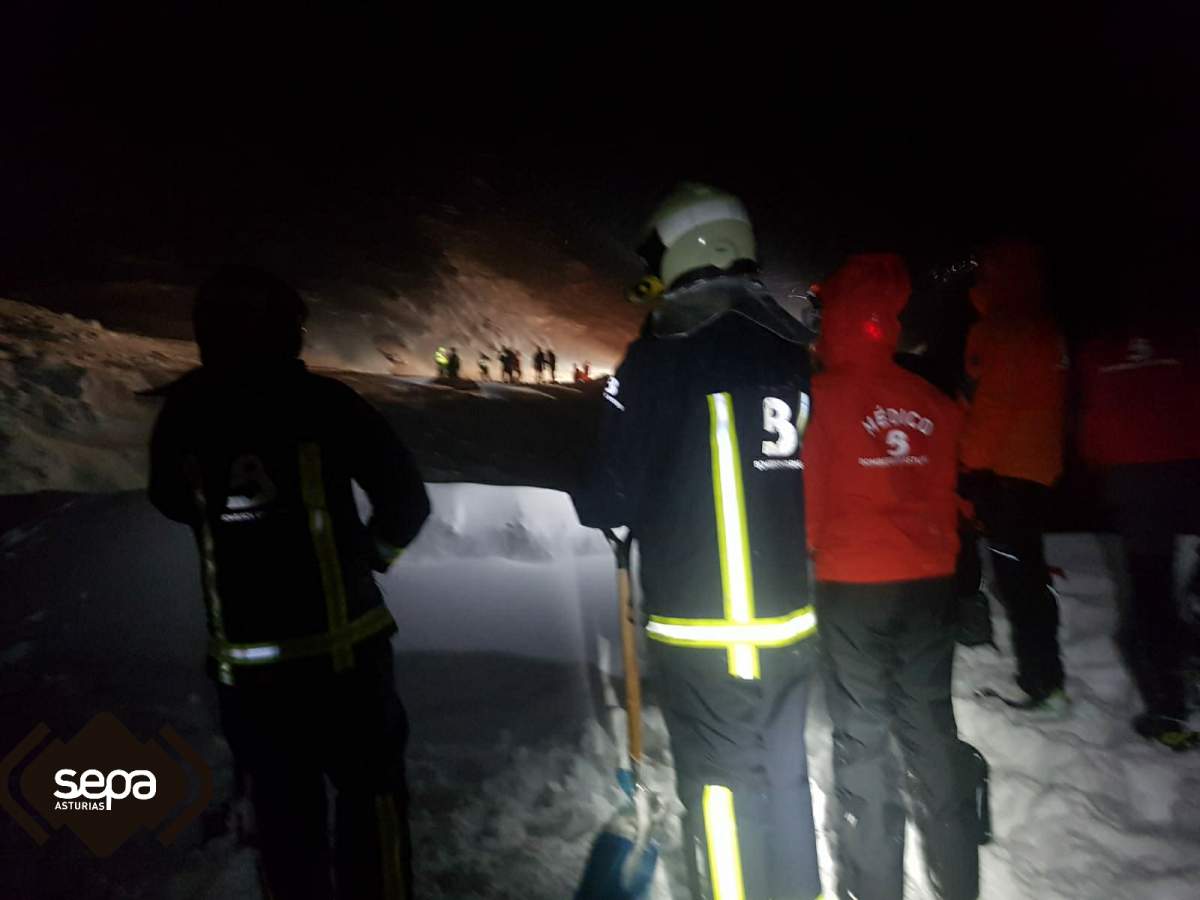 The body of a second snowplough driver has been found after an avalanche in Asturias on New Year’s Day.

A FRANTIC search was launched after two snowplough operators were buried in snow close to the port of San Isidro in Aller at around 3.30pm.

The dead body of one of the men was found at around 11.30pm on January 1 following several hours of rescue operations involving the Guardia Civil and firefighters with canine units.

And this morning (Saturday, January 2), members of the Military Emergency Unit found the lifeless body of his colleague.

A 46-year-old man was also injured in the avalanche, breaking a leg and several ribs. It’s believed he may have been trying to help the two victims.

He was rescued by the manager of the nearby La Braña hotel, who said he received a call from some males who were 50 meters ahead of the avalanche, “safe and secure” but trapped, reports Nius.

They said they had seen a specialised vehicle in front of them, at a small distance, but that “a very big dust cloud” arrived and they lost sight of it.

Cordero feared the worst so he and his brother got in their SUVs and, after four kilometers on a road covered by “five feet of snow”, they found the white mass and a van on its side.

Below was the wounded 46-year-old man, “on the verge of fainting from the cold”.

He told them the two men had got out of the snowplough because the chimney that expels snow had got stuck minutes before the avalanche buried them in snow.

The hotel manager said residents have been fighting for 20 years for improvements on the road to tackle the “terrible conditions” in the winter, arguing the avalanche barriers in the area are “worthless”.