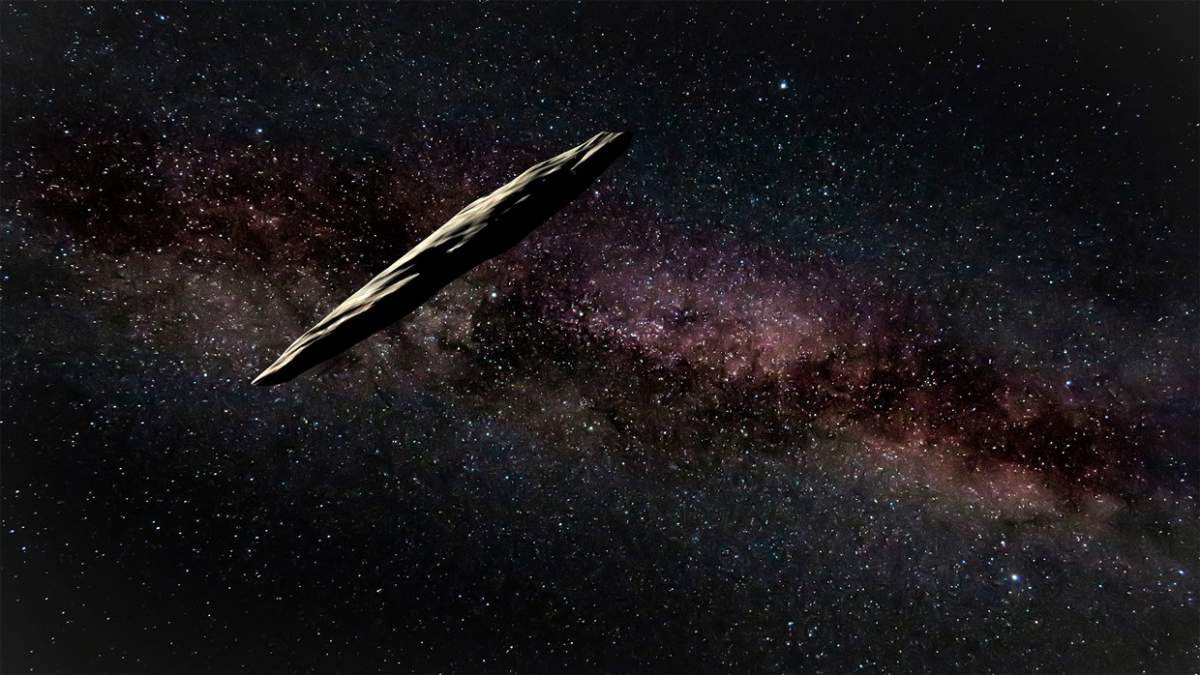 Named "Oumumua", the mysterious object was spotted at a Hawaii observatory in 2017 - Image Source: Twitter

A PHYSICS Professor from Harvard University claims that an alien object passed Earth in 2017 and has predicted more extraterrestrial encounters to follow.

In his upcoming book, Extraterrestrial: The First Sign of Intelligent Life Beyond Earth, theoretical physicist Avi Loeb explains his off-beat theory that a peculiar-shaped object entered our solar system in 2017.

The interstellar object—named “Oumuamua”—was first observed through the Pan-STARRS telescope at a Hawaii Observatory in 2017. Just three days later, the mysterious object began moving toward the sun, before it eventually came closer to Earth on Oct. 7.

Some scientists think Oumuamua, which is believed to be the first interstellar object detected in our solar system, was simply another comet. Loeb, who is chair of Harvard University’s esteemed astronomy department, disagrees with the theory as he believes it relies too much on our “familiar” assumptions about the cosmos.

Loeb says there are two big details that suggest Oumuamua wasn’t just a comet, but rather a piece of alien technology. The first detail is the object’s dimensions, as its cigar-like shape is very unusual for a natural space object.

He also explained that the sun’s gravitational force would cause a natural object to move faster as it approaches, and eventually push the object back, causing it to move more slowly as it moves away.

This didn’t occur in the case of Oumuamua, which accelerated as it moved further and further away.

“If we are not alone, are we the smartest kids on the block?” Loeb asked, speaking to the New York Post, “If there was a species that eliminated itself through war or changing the climate, we can get our act together and behave better. Instead, we are wasting a lot of resources on Earth fighting each other and other negative things that are a big waste.”