Millions to be Invested in Improving Sevilla’s Poorest Areas 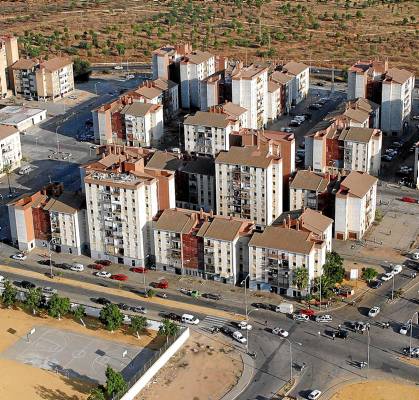 SEVILLA’S City Council has pledged to invest 85 million into improving the infrastructure, community projects, and public amenities in the city’s poorest areas.

Ayuntamiento Sevilla’s 2021 budget will continue ambitious works launched last year to improve the lives and surroundings of residents in Sevilla’s poorest neighbourhoods. An impressive 85 million will be spent on the sweeping rejuvenation project in a bid to improve some of the most deprived communities in all of Spain.

The massive budget will be spread across projects in the Andalucian capital’s poorest barrios: Poligono Sur, Pajaritos-Amates, Torreblanca, Cerro-Su Eminencia, La Oliva, and Poligono Norte-Villegas. Some of these areas are considered among the most socially and economically deprived in Spain, a status that Sevilla’s socialist government plans to change.

The money will be poured into projects to improve the often shockingly decayed urban landscape in many areas. Public art projects will be funded to improve the image of areas, as well as vastly improving the living conditions of rent-subsidised apartment blocks.

Sports facilities will be created and improved, and cultural activities will be organised to improve the community cohesion of areas that have been blighted by crime, addiction, and anti-social behaviour for decades.

For Sevilla’s poorest children, a new scheme will see schoolkids receive free meals during school holidays and socio-educational activities organised for the summers.

The ambitious new project is projected to be implemented over the next few years, and will vastly improve the lives of those living in what feels like a different world to Sevilla’s tourist-friendly, peaceful, and well-preserved city centre.