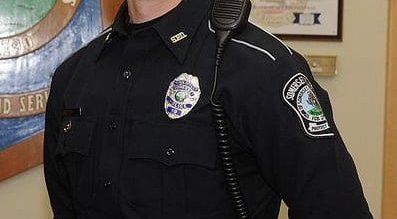 Officer Matt Lima said he was moved to help the family as the children reminded him of his own - Image Source: Somerset Police Department

A SAMARITAN police officer in the US gave a struggling family the money to buy their Christmas dinner after he was called to arrest them for shoplifting.

Officer Matt Lima was called to a supermarket in Somerset, Massachusetts, to reports from store security that a family had been placing items in their bags at the checkout without paying for them.

Upon arriving at the scene, the kind cop was met by two women and two young children and was told that they had been compelled to shoplift as they could not afford Christmas dinner.

Instead of arresting the struggling family members, Officer Lima purchased a $250 store voucher with his own money and gifted it to the two women. They were then able to buy all the necessary food to cook up a Christmas feast after a year that was tough on American families and the US economy.

“The two children with the women reminded me of my kids, so I had to help them out,” Officer Lima said in an official police statement.

The actions of the samaritan cop “exemplify what it means to protect and serve the members of our community”, said Somerset Police Department’s Chief McNeal.

“When faced with a difficult situation in which a family was trying to provide a meal for their kids, he made the generous decision to not press charges and instead ensured that they would have a Christmas dinner they could enjoy.”