The Great British Booze Cruise to France Sunk By Brexit 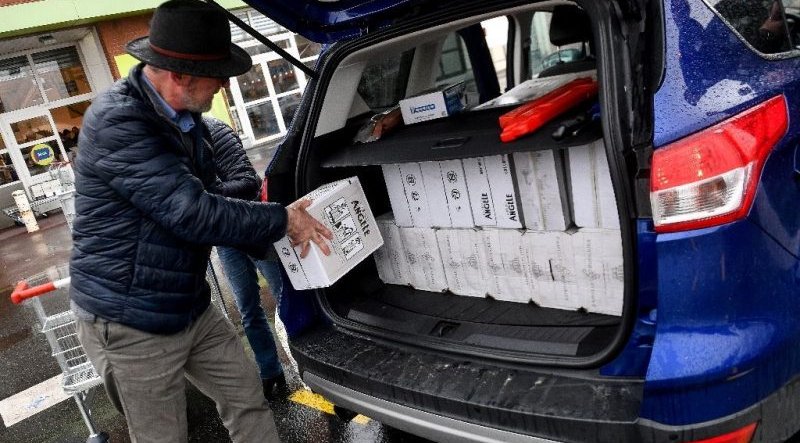 The Great British Booze Cruise to France Sunk By Brexit.

For almost two decades, the French port city of Calais has enjoyed a steady stream of Brits making a quick stopover with one mission in mind: to stock up on wine and other alcohol at a steep discount and haul the goods back to the U.K.

Wine warehouses like Calais Wine Superstore, with the charm of an aircraft hangar but the attraction of prices much lower than back in the U.K., welcomed British buyers who would arrive by car or ferry. People could bring back the equivalent of 120 bottles of wine for a single trip, and lower taxes as well as a strong pound prior to Brexit added to the savings. For anyone planning a big gathering, be it a wedding or a New Year’s bash, Calais provided the booze for the budget-minded.

Now the party’s over. Brexit has pummeled the pound, depressing British buying power. Travel has dried up because of the pandemic, and all those big celebrations that were supposed to happen this weekend were put on hold by social distancing. With the U.K.’s break with the European Union sealed by the end of the Brexit transition, the bottle allowance has also come down to a point where retailers say it might make little sense to keep going.

“They just come, they taste, they load up the car and they take it away,” said Guy Boursot, the founder of Boursot Vins just outside Calais, who says customers from the U.K. make up 85% of revenue and would often stock up more than 300 bottles on a single order for events like weddings. The lower bottle allowance “would have the effect of killing our business.”

While there’s statistical evidence that people are drinking more wine while stuck at home, the giant warehouses lining the French coast on the English channel have now become a wasteland, their future in doubt. John Colley, the chief executive officer of Majestic Wine, said his company is considering its options amid Brexit and the change in the purchase allowance.

Across the street from Majestic sits the Calais Wine Superstore, whose business has suffered a massive blow by the pandemic and lack of visiting Brits. Co-founder Marco Attard estimates that revenue for 2020 will be down 65% compared from a year earlier as his business absorbs the triple impact of the coronavirus, Brexit and the lack of alcohol-fueled parties.

“We’re a travel business,” that caters to Brits, Attard said by phone. “The pandemic has been very hard for us,” and the first quarter will be “very tough,” he said.