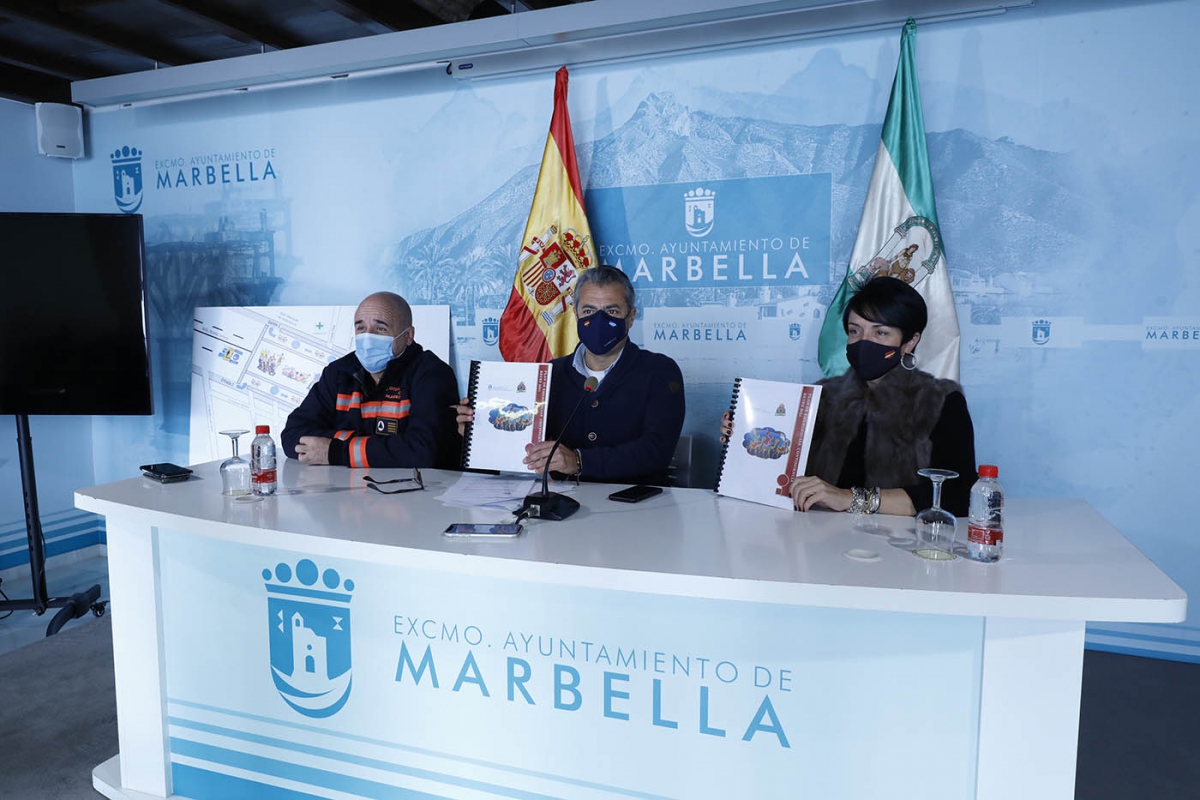 Explaining the rules for the event Credit: Marbella Council

IF the Cavalcade can’t go to the children then the children can go to the Cavalcade in Marbella on Three Kings Day tomorrow January 5.
About fifteen floats and different animation groups have been created for the new static Cavalcade in both Marbella and San Pedro Alcantara but for safeties sake, more than 200 officials, including Local and National Police, Civil Protection, Firefighters and security officers will be involved.
Yolanda Marín Council Advisor on Fiestas, said that in the case of Marbella, the tour will have two entrances through which attendees with the ID and the SMS that they received when registering for an appointment may have access.
Once in the exhibition area, the family group, which may not exceed six people, will have between 15 and 20 minutes, to complete the circuit observing all hygiene measures.
The special display will be open to those with appointments from 11am until 8pm although the Council is putting staff and security on standby from 4.30am at both sites, the one in Marbella being placed at Ramón y Cajal and Ricardo Soriano avenues and that in San Pedro on the Boulevard from the central roundabout to El Ingenio.
In addition to all of the officers deployed, four ambulances will also be on hand which is the first time, that the Marbella Council has had this volume of personnel for an event in the city.
Thank you for taking the time to read this news article “Two huge displays will be created to replicate the Three Kings Cavalcade”.