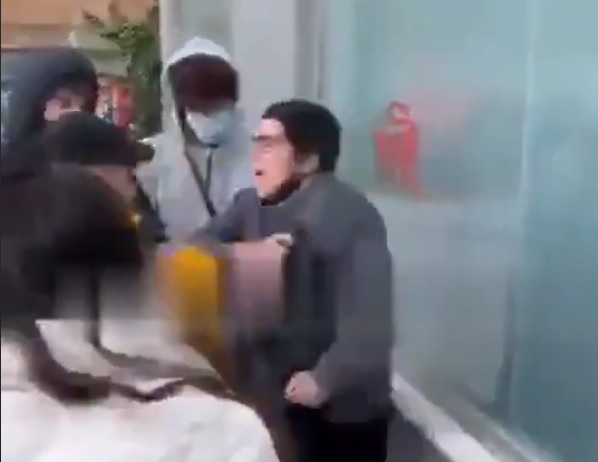 One youth has been arrested and two others questioned

THE Catalan police have arrested one teenager for participating in the group attack of a 16-year-old autistic boy in Barcelona.

The victim was cornered and beaten by a group of teenagers who shared the bullying on social media. The video went viral.

The victim fled the brutal attack screaming and crying after his shirt had been removed.

The attackers, one of them using a stick to beat him, also stole his mobile phone and a chain.

The Mossos d’Esquadra reported that the gang, mainly boys and some girls, cornered the teenager near Can Batilo, in the Sants area of the city, kicking and punching him repeatedly, while others watch and do nothing to prevent the attack.

They opened an investigation to identify the perpetrators after the victim reported the events yesterday, Monday, January 4. One of them, also under 18, has now been arrested after handing himself over to the police, and another two minors who went to the police have been released. The detainee is charged with leading the attack and stealing the mobile phone, while the others are accused of taking part in the attack.

The Insania association reported that the victim is autistic, although the police did not initially confirm this. They have since returned the phone to the boy and identified all of the attackers.

The Spanish Prime Minister, Pedro Sanchez, condemned the actions of the youths who took part in the attack and sent a message of support to the victim and his family.

Meanwhile, the victim is said to be in good health and has since shared a video on social media thanking people for their support.