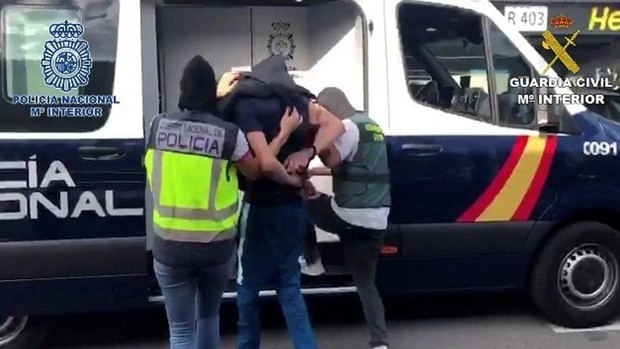 He had been wanted since October

INFAMOUS ram-raider ‘Goyito’ has been arrested for stealing a car and holding up a phone shop in Parla, Madrid, while he was on parole from prison.

He was arrested yesterday, January 4, when he was staying in a hotel in Pinto, on the outskirts of the city, under a false identity.

Gregorio R G, better known as ‘Goyito’ has committed dozens of crimes, most of them ram-raids, and had attacked the shop in Parla in October when he was on parole. The Provincial Court issued an arrest warrant against him. Since October, he had been changing locations to avoid the police but he has now been transferred to prison.

The attack in October was carried out by three people covering their faces, in broad daylight and in front of numerous clients. The National Police and Guardia Civil identified the criminals two months ago, accused of more than 50 crimes, committed especially against car workshops, in Madrid and Toledo, and five people have since been arrested, aged between 21 and 30.

One of them was ‘Goyito’, aged 26, with more than 40 prior crimes on his record and at least 30 arrests, many of them before he was even 18. He and his gang had no qualms about using violence and even firearms to threaten people if they felt it was necessary.

On one occasion, they targeted six car workshops on a single night, stealing tools and machinery as well as high-end vehicles which they used in other crimes. They also targeted petrol station stores.

They would settle illegally in empty houses to make it more difficult for the police to find them.

Police have recovered some of the stolen goods, including 14 vehicles and a caravan. Despite this, Goyito had been released with charges, but in July he was sentenced to two years and eight years in prison for 10 robberies in January 2019.