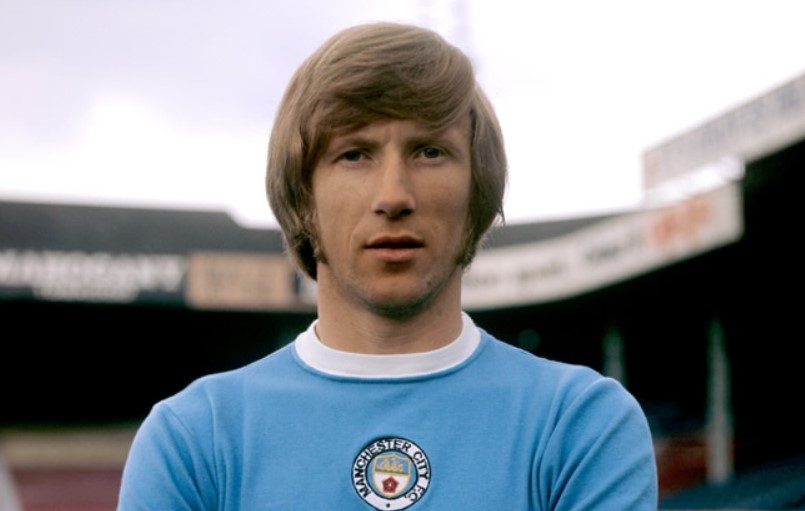 Colin Bell, the talented Manchester City, and England midfielder, born in County Durham, who signed for the club in 163, died today (Tuesday), aged 74, after a short non-Covid related illness, a player widely regarded as one of City’s greatest ever, having scored 152 goals in 492 games for the club, between 1966 and 1979.

He also won the old First Division title in the 1967-68 season, as well as the FA Cup in 1969, followed by the League Cup, and the European Cup Winners’ Cup, both in 1970 and was inducted into the Man City Hall Of fame in 2004, as well as winning 49 England caps, and scoring nine goals for his country.

Colin Bell, in the 1970s, formed one of the most formidable midfield trios ever, alongside Mike Summerbee, and Francis Lee, and after leaving Man City, Bell spent time in America in the early years of the MLS, with San Jose Earthquakes, before retiring in 1980.

A club statement read, “It is with the deepest sadness and heaviest of hearts we announce the passing of Manchester City legend Colin Bell. Colin passed away peacefully this afternoon after a short, non-Covid related illness, aged 74. He leaves behind wife Marie, children Jon and Dawn and grandchildren, Luke, Mark, Isla, and Jack”.

Colin is once quoted as saying, “I was put on this earth to be a footballer. I just thought, at the back of my mind, even though I was going through school, I would become a professional footballer”, and is held in such high esteem, the club named a stand at the Etihad after him.

Khaldoon Al Mubarak, the City chairman, led the tributes today, saying, “Colin Bell will always be remembered as one of Manchester City’s greatest players, and the very sad news today of his passing will affect everybody connected to our club”.

Thank you for taking the time to read this news article “Man City And England Legend Colin Bell Dies Aged 74”.