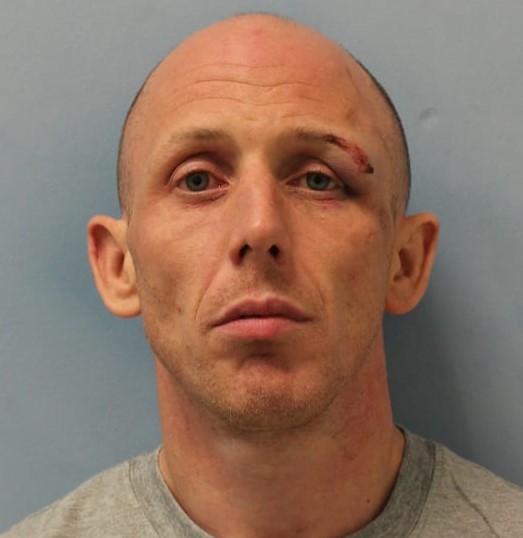 A man who fatally shot a father-of-four in both legs has been jailed for a minimum of 12 years.

LOUIS KELLY, 40, appeared at the Old Bailey today where he was sentenced over the death of Mark McCann-Barrett in Tottenham on September 17, 2019.

During trial, the court heard that police were called at 9.27am to reports of a man suffering gunshot injuries in the stairwell of a residential block in Lansdowne Road.

He was treated by medics at the scene before being taken to an east London hospital where he died as a result of his injuries almost two weeks later on September 30, 2019.

A post-mortem found the cause of death to be complications of hypovolemic shock, including hypoxic-ischaemic brain injury [extreme blood loss and lack of oxygen to the brain] and multiple gunshot wounds to the lower limbs.

The court heard how on the evening of September 16, 2019, a relationship taking place between the victim and a girlfriend of the defendant, Louis Kelly, had come to light.

Kelly went to his girlfriend’s address and taking her mobile phone, he found proof of the affair.

A short time later Mark arrived at Kelly’s address and was invited in by Kelly to sleep on the sofa.

At some point during the night, an altercation between Mark and Kelly resulted in the victim being shot five times in the legs.

The bullets passed through both of Mark’s legs and were subsequently found by scene of crime officers beneath the couch on which he’d been lying.

He managed to make his way out of the flat to the stairwell, where he was found by other residents.

Kelly fled and was eventually captured on Friday, September 27, 2019.

As Mark was in a critical condition, but still living at that time, Kelly was arrested on suspicion of attempted murder and taken to a north London police station where he was charged with that offence on 29 September.

Kelly was remanded in custody to appear at Highbury Magistrates’ Court on 30 September, where, due to Mark having died that day, the charge was amended to murder.

He appeared at the Old Bailey on 2 October where he entered a not guilty plea and was further remanded for trial.

Detective Chief Inspector Neil John, said: “It is concerning that we so often see such extreme violence being considered as an acceptable response to conflict.

“There is simply no justification for taking the life of another.

“Had Kelly not been in possession of a firearm, Mark McCann-Barrett may be alive today and Kelly would not be going to jail for many years to come.”

In a victim impact statement, Mark’s mother said: “Mark was a loving partner and father. His whole world revolved around his children, my grandchildren. I will never forgive the person who did this to Mark. He has taken away the father of my four grandchildren whilst they were still so young.

“I won’t ever be able to tell him how much I loved him and how much he meant to me ever again.”

Five other men were arrested in connection with this incident and were subsequently released with no further action.

Thank you for taking the time to read this news article “Man who fatally shot a father-of-four in both legs jailed for minimum of 12 years”. For more UK daily news, Spanish daily news and Global news stories, visit the Euro Weekly News home page.