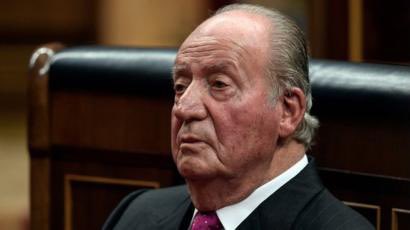 KING JUAN CARLOS, the disgraced former King of Spain, is spending his 83rd birthday today in exile five months after leaving the country.

The former monarch was forced under government pressure to leave his home in Madrid’s opulent Palacio de la Zarzuela during the summer of 2020 after widescale financial misconduct reached public light. Today (January 5th, 2021), the disgraced king will be spending his 83rd birthday in exile.

Now residing in Abu Dhabi, recent photographs of the king suggest he is in frail health and has reportedly been treated at the Cleveland clinic in the Emirati city. ABC reports that the king has expressed his desire to return to Spain to one of his journalist contacts.

During his Christmas Eve national address, his son and reigning monarch King Felipe was compelled under government pressure to condemn the financial crimes of his disgraced father. Juan Carlos is alleged to have stashed millions of euro in overseas bank accounts, and has been accused to massive financial irregularities in connection to a multi-billion Saudi high-speed rail project.

The government of Pedro Sanchez is currently grappling with the question of whether to allow Juan Carlos to return to Spain, with the royal scandal provoking the Prime Minister to express his plans to “modernise” the monarchy.

According to recent polls published by ABC, King Juan Carlos still enjoys support from some quarters of the Spanish population. Around 56% of Spaniards believe the King’s decision to leave Spain was “unwise”, while 62.8% believe Juan Carlos should return to his country when judicial matters are resolved.