UNICEF Executive Director Speaks Out On Attacks Against Niger Villages 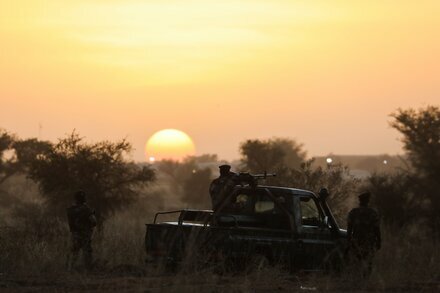 UNICEF Executive Director Henrietta Fore speaks out on the recent horrific attacks against villages in Niger which occurred on Saturday, January 2.

Two villages in the west of Niger were brutally attacked and armed militants massacred roughly 100 villagers, in the latest in a series of massacres perpetrated by jihadist militants in the African country’s troubled Tilaberi region.

Henrietta Fore, the 72-year-old American government official, who served as Under Secretary of State for Management, the Chief Operating Officer for the United States Department of State from 2005 to 2007, released an official statement on behalf of the United Nations Children’s Fund on the tragic events.

”I am deeply troubled by the horrific attacks this past Saturday perpetrated by non-state armed groups against civilians in the Nigerien villages of Tchoma Bangou and Zaroumadareye, close to the border with Mali. According to unofficial sources, at least 100 people were killed, including 17 children.” she said.

“Unconfirmed reports indicate that all of the children who lost their lives – 10 boys and 7 girls – were under the age of 16. Some were apparently burnt to death.

“An unknown number of surviving children sustained serious injuries in the violence, while many more have now been displaced from their communities. At least 11 children have been separated from their families.

“Such wanton violence and disregard for the lives of children and families must be condemned in the strongest possible terms. These heinous acts are grave violations of children’s rights and of international humanitarian and human rights law. UNICEF calls for the immediate cessation of attacks against children, their families and communities.

“We also express our deepest sympathies to the victims’ families and reaffirm UNICEF’s support for children and families across Niger. UNICEF stands ready to support the Government of Niger in assisting survivors and affected populations, and in protecting the rights of all children,” she concluded.