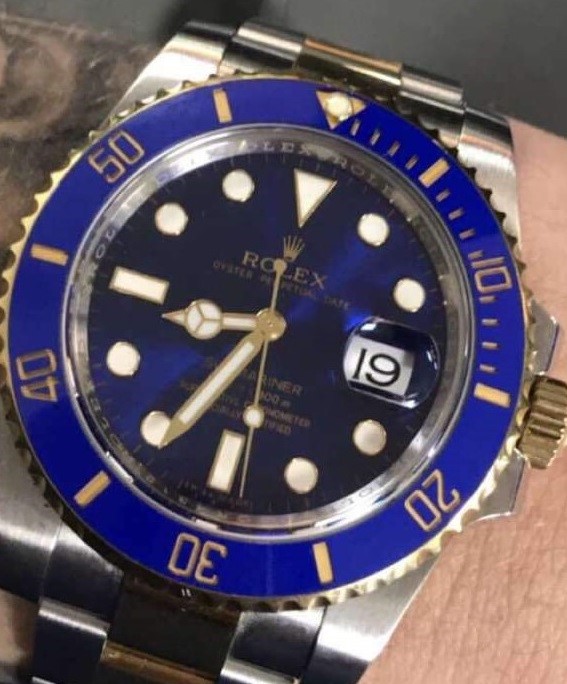 A gang of burglars threatened a man with a knife before stealing a £100,000 Audi RS7 and two Rolex watches.

THE  armed raiders targeted the house in Braunstone, Leicester, and a man and woman were held against their will in an upstairs room.

According to Leicesteshire Police, the man was punched and threatened with a knife during the burglary at around 11.45pm on December 21.

They then fled with a gold chain necklace and two watches were stolen: a Rolex Datejust Wimbledon 41mm bi-metal and a Rolex Submariner 40mm bi-metal.

An Audio RS7 car worth around £100,000 was also stolen, and the suspects reportedly drove away in it just before midnight.

The vehicle has since been recovered.

Police are appealing for hlep in finding the suspects, described as white, aged between 23 and 26, all wearing dark-coloured Nike-branded tracksuits with hoods up, hats and gloves.

One of the men is described as around 5’10 and wearing a black-coloured face covering and black shoes.

Another is described as around 6’2 with a stocky build, wearing a black-coloured mask and black shoes.

PC Ian Mundy would like to speak to anyone who may have seen the men in the area.

He said: “We appreciate this incident will cause some concern and we are carrying out full enquiries to establish the full circumstances of the incident, how the men arrived at the property and where they drove to in the stolen car.

“We would urge anyone who may have seen these men or who may have CCTV or dashcam footage that captured the stolen car to please get in touch.
“Please think back to if you were in the area late on that Monday evening and anything you may have seen or heard which may assist our enquiries.”