It all ended in tears (tiers)! 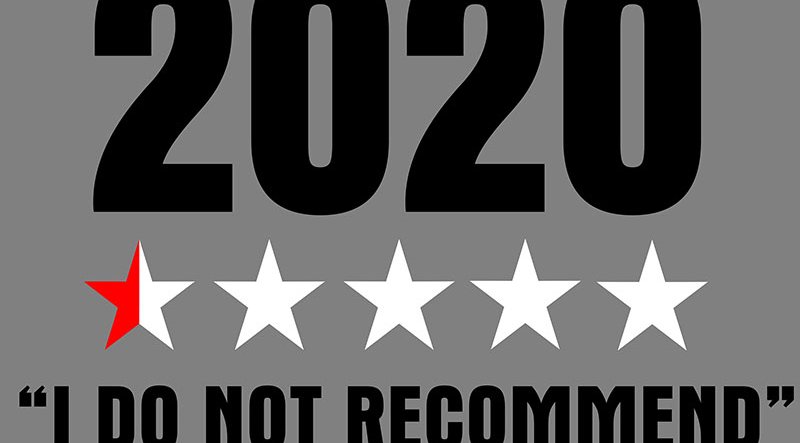 My and most people’s year can be summed up by a conversation I had with my daughter this week. Sarah: “Dad do you know this is the last Monday of 2020?” Me: “Darling I didn’t even know it was Monday!”

This year’s been an absolute nightmare but on the plus side if you are reading this we made it. Let’s hope the next year goes better. Oh and if you see me, as I say every year, after the first week of January saying Happy New Year isn’t necessary.

I’d like to know why Government think closing bars and restaurants between 6pm and 8pm is necessary. Has some scientist worked out that’s the time of day the virus is most dangerous?

I hate the nightmare of buying gifts online, especially floral deliveries, when they don’t turn up on time. Patti sent her mum some flowers for her 94th birthday. All communication had to be done by email.

It was not possible to speak to a human being and all they did was quote terms and conditions and basically we are not responsible for anything because we job out the orders and there’s Covid.

To add insult to injury when Patti wrote something on their Instagram page they removed it. To make matters worse I then get their advert appear on my FB page which also only shows positive remarks.  But if you search on Google there are hundreds of complaints.

‘Buy one, Get one free promotions and other multi-buy offers on unhealthy foods will be restricted from April 2022 under UK Government plans to tackle obesity’, was the headline I saw this week.

What idiots actually think this is going to work? If people want two packs they will buy them. All it means is they will have less money to spend on other ‘good’ stuff.  It’s the same principle as when they raise duty on ciggies and booze or stop certain shops selling fags or put them in plain boxes.

It won’t make that much difference. The joke is small stores are exempt from the plans aimed at helping the nation lose weight. Stores will find a way round or manufacturers will just make the packets twice the size.

Grown adults have to be allowed to be responsible for their own well-being. Any hob nob abuse I may have going on is my business not the Government’s!

I just knew this year would end in tears (TIERS). See what I did there?