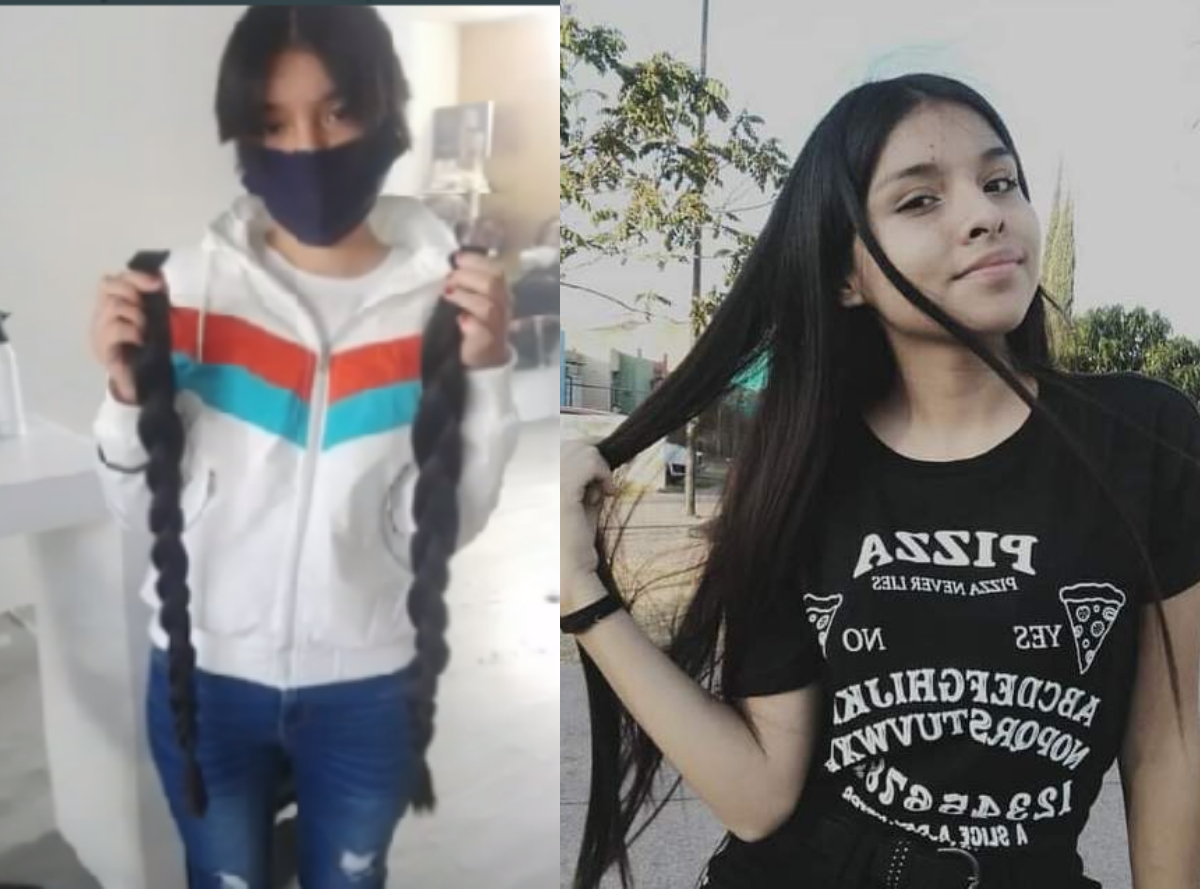 A MEXICAN girl, 16, sold her hair to help to save the life of her grandfather who is sick with Covid-19.

According to local media , the young woman, who lives in Toluca, State of Mexico, admits that, although she loves wearing her hair long, she preferred to “lose her hair” than her 68-year-old relative.

She sold her 73 centimetres of hair through social media and in the hope of buying him an oxygen tank which her family could not otherwise afford.

“We had to get oxygen, I saw the adults in my family were worried because it is expensive, they were all raising money. So I asked my sister if she would take a photo of me to upload it to Facebook and sell my hair,” says Ana Paola.

She obtained just over €100 which she gave to her aunt to cover the expense of the oxygen tank.

However, it has not been enough, as even a small oxygen cylinder costs more than twice the amount collected and lasts approximately 24 hours, so they need an “oxygen concentrator and a cylinder with greater capacity.”

Ana Paola Romero is studying at high school in Guadalajara, but she has been living with her grandparents in Toluca for two months. She also has coronavirus, as do eight other relatives, since her uncle was the first to become infected. They are already in debt, having been forced to spend on oxygen, medicine and specialised medical care.

Her sense of taste has gone, but she says she forces herself to eat, even though she doesn’t enjoy it, so she can remain strong to take care of other relatives.

She also told the Mexican press that her grandfather doesn’t want to go to hospital because he wants to fight alongside his wife. Apparently, he is a fun man who loves to dance, and always encouraged others to do so at parties even if they were shy. Now, Ana Paola says, she can’t wait to dance with him again.