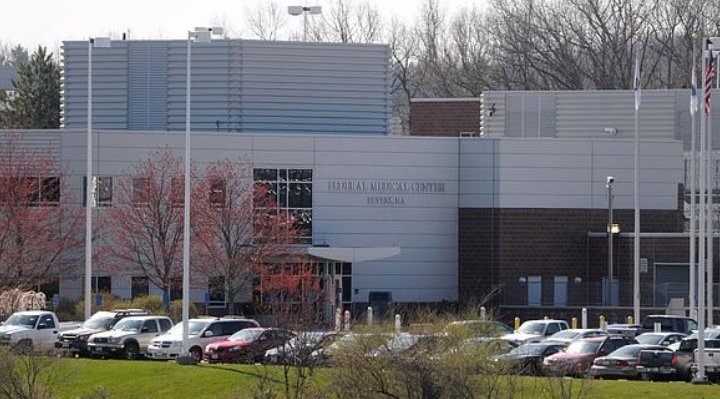 BOSTON Marathon Bomber Suing Colorado Supermax Prison For $250,000 for taking away his baseball hat and bandana

Dzhokhar Tsarnaev, the 27-year-old Boston Marathon bomber, on Monday, January 4, as reported by The Boston Herald, had an eight-page, handwritten lawsuit presented to a federal court, in which he wants to sue the government for $250,000 after officials at the ‘Alcatraz of the Rockies – the Federal Correctional Complex Florence supermax prison in Colorado, where he is locked up – confiscated his white baseball hat and bandana.

Tsarnaev also accused guards of ‘unlawful, unreasonable and discriminatory’ treatment, and that he is only allowed to take three showers a week.
The lawsuit was filed into the system, but a judge apparently said it lacked the proper documentation and a filing fee, deeming it deficient.

The guards had allegedly taken his baseball cap and bandana from him claiming they were disrespectful to his victims, and the FBI after he had been pictured wearing similar coloured items on the day of his deadly pressure-cooker bombings in April 2013.
During his sentencing, the white Polo cap that the defendant was photographed wearing on the day of the bombings, was entered into evidence by the prosecutors.

Back in In October, the US Justice Department asked the US Supreme Court to review Tsarnaev’s case, calling it ‘one of the most important terrorism prosecutions in our nation’s history’, and there was the possibility of a new trial taking place, with new evidence being made available, although federal prosecutors argued that the 1st US Circuit Court of Appeals was wrong when it ruled Tsarnaev deserves a new trial.

If the courts don’t set a trial date by June, then the prosecution could drop their pursuit for the death penalty and agree to a life sentence instead. Attorney General William Barr told The Associated Press last August that they planned to take the case to the high court and “continue to pursue the death penalty. We will do whatever’s necessary”.

Thank you for taking the time to read this news article “Boston Marathon Bomber Suing Colorado Supermax Prison For $250,000”.

Originally from Wales, Chris spent years on the Costa del Sol before moving to the Algarve where he is a web reporter for The Euro Weekly News covering international and Spanish national news. Got a news story you want to share? Then get in touch at [email protected]news.com