Man charged with letting horse die of hunger and cold 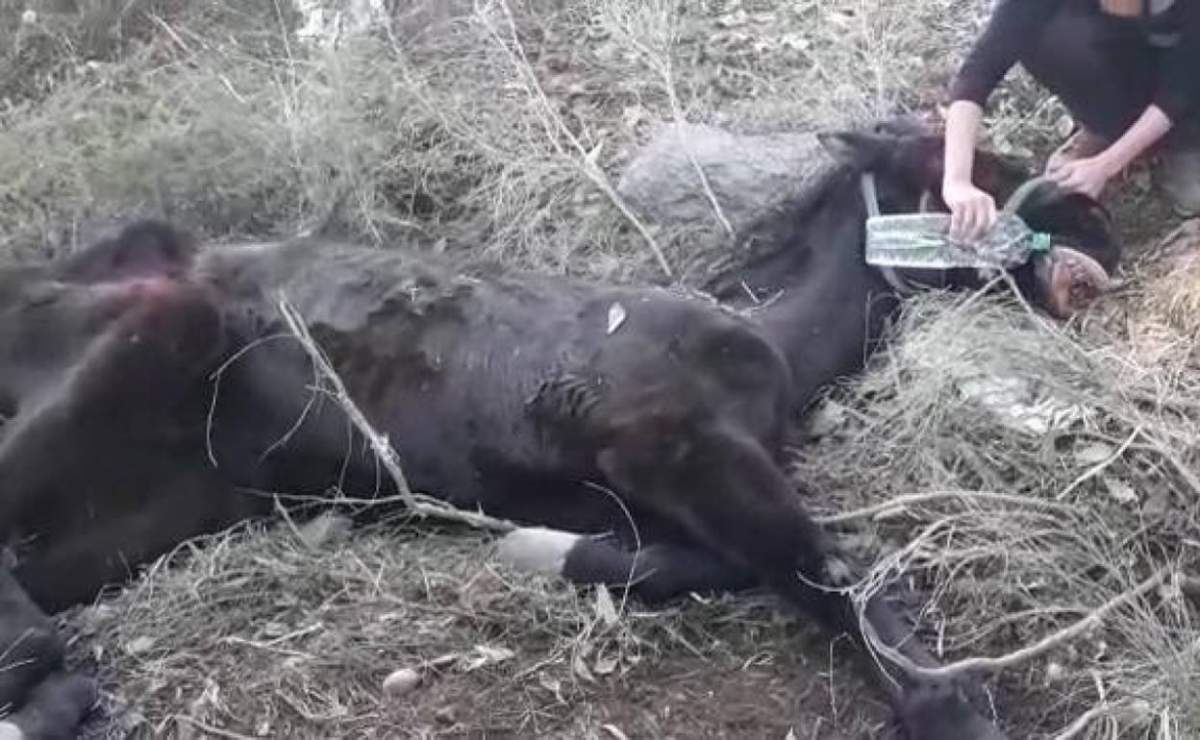 Screenshot of the video of the horse published on social media

GUARDIA CIVIL are investigating a man, 52, for allegedly allowing a mare to die of hunger, thirst and cold in Guejar Sierra, Granada.

On December 28, the Guardia Civil learned that a video had been published on a well-known social network on the internet in which an extremely thin black horse was seen dying in a ditch in a place in the town of Guejar Sierra, next to the Canales reservoir.

Guadix Nature Protection Service (Seprona) patrol took charge of the investigation and located the plot where the horse was supposed to be, but they only found a small burial mound where recently moved earth could be seen. They found that the current owner, who has a criminal record, had buried the horse following its death.

Seprona officers had asked a Granada vet for a report on the images seen in the video.

After viewing the images, the vet concluded that “it is a case of extreme and continuous animal abuse until the death of the animal from hunger, thirst and cold.”

The vet added “the state of the animal, turned into bones and skin is shocking. The protrusion of the hip bones and the sinking of the flanks clearly indicate animal abuse as it has not been fed in the last weeks or perhaps months”.

The owner “did not seek the services of a veterinarian to alleviate the cruel agony of the animal” the vet highlighted.

The Guardia Civil located the owner, who admitted that the mare was buried in the mound located by the Seprona agents, and he was charged with an alleged crime of abuse of domestic animals. He is due to appear in a court in Granada.