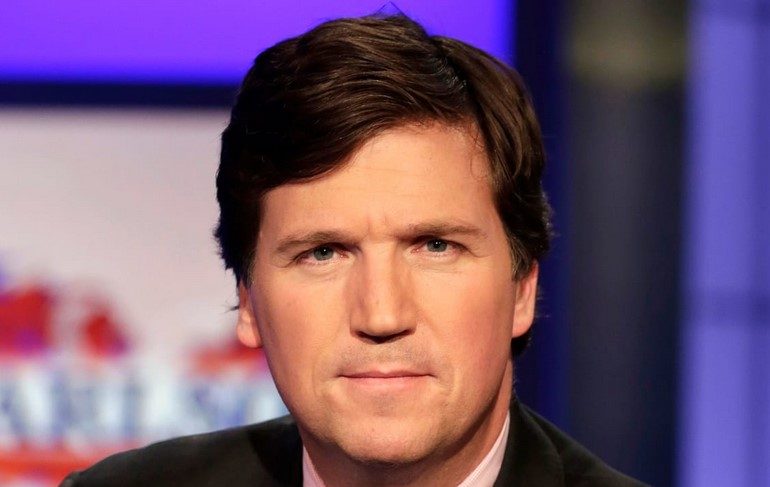 Tucker Carlson, the Fox News host, during his Friday night show, aimed a heated blast at rival channel CNN, revealing they are trying to get Fox removed from the major US cable networks, by claiming they had already allegedly contacted six cable carriers about discontinuing hosting Fox on their channels.

Carlson said angrily, “Friday morning, CNN announced that it is working to force the Fox News Channel off the air and run this company out of business”.

He was responding to CNN’s Brianna Keilar, who during her segment called Carlson ‘entirely fantastical’, then went on Twitter labelling him ‘a propagandist, a liar, and a parasite’, for his coverage of the riots and Trump in general.

Earlier on Friday evening, CNN had accused Fox of being ‘irresponsible and dangerous’ for the way they reported on the riots, by not branding the rioters as having mounted an insurrection, to which Carlson replied, “With enemies like this, Fox News will be around for a long, long time”, while also then branding Jeff Zucker the CNN president ‘The dwarf king’.

He also vented about another CNN journalist Oliver Darcy, who had written an article questioning whether cable networks should have tighter guidelines about the content they disseminate, with Darcy writing, “It’s hard, for instance, to imagine they’d carry a fringe and conspiratorial network like InfoWars”.

Adding, “So why do AT&T (which I should note is CNN’s parent company), CenturyLink, and Verizon carry OAN? Why do AT&T, CenturyLink, Verizon, Comcast, Charter, and Dish carry Newsmax?”.

He continued, “And why do they all carry Fox — which is, frankly, at times just as irresponsible and dangerous with its platform as its smaller competitor networks? I asked all of these companies for comment on Thursday. I asked them if they have any guidelines governing the content that they carry on their platforms. I asked them if they have any regret over carrying right-wing channels that were in many ways partly responsible for what took place in our nation’s capital this week”.

Thank you for taking the time to read this news article “Fox News’ Tucker Carlson Claims CNN Are Trying To Force Them Off Air”.