Pesticide Harmful to Bees Authorised For Use in England 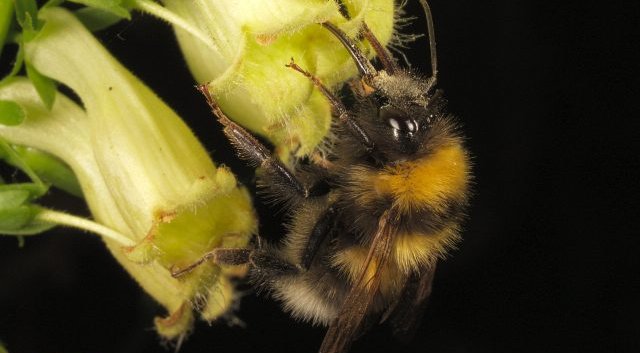 Experts have warned that the pesticide is responsible for a decline in Britain's bee population - Image Source: Buglife

A PESTICIDE that experts believe can kill bees has been authorised for use in England after lobbying from a farmers union and the sugar industry.

Two years ago, the European Union banned the use of pesticide neonicotinoid thiamethoxam from use across the bloc’s farms due to the belief of experts that it is lethal to bees. Despite the British government promising to keep the ban in place, lobbying from the National Farmer’s Union (NFU) and British Sugar has seen the pesticide authorised for use on English sugar beet seeds.

Spain, Belgium, and Denmark have also reintroduced the pesticide, which will be permitted for use under emergency circumstances in the event of a harmful virus threat. Scientists have partly blamed the significant decline in British bees since 2007 on the use of thiamethoxam, which was previously widely used. Researchers believe that it damages bees’ immune systems, stunts the development of baby bees’ brains and can leave them unable to fly.

The NFU says the pesticide will only be used in emergency circumstances is a virus yellow emerges, saying the harmful infection could have an “unprecedented impact on Britain’s sugar beet crop, with some growers experiencing yield losses of up to 80%”.

“It will be crucial in ensuring that Britain’s sugar beet growers continue to have viable farm businesses”, Michael Sly, chairman of the NFU’s sugar board, told the Guardian.

Meanwhile, Matt Shardlow of Buglife, an environmental charity that advocates for bees, called the decision to authorise the pesticide as “environmentally regressive” and warned that no action is proposed to prevent the pollution of rivers with insecticides applied to sugar beet”.

Thank you for taking the time to read this news article “Pesticide Harmful to Bees Authorised For Use in England ”. For more UK daily news, Spanish daily news and Global news stories, visit the Euro Weekly News home page.