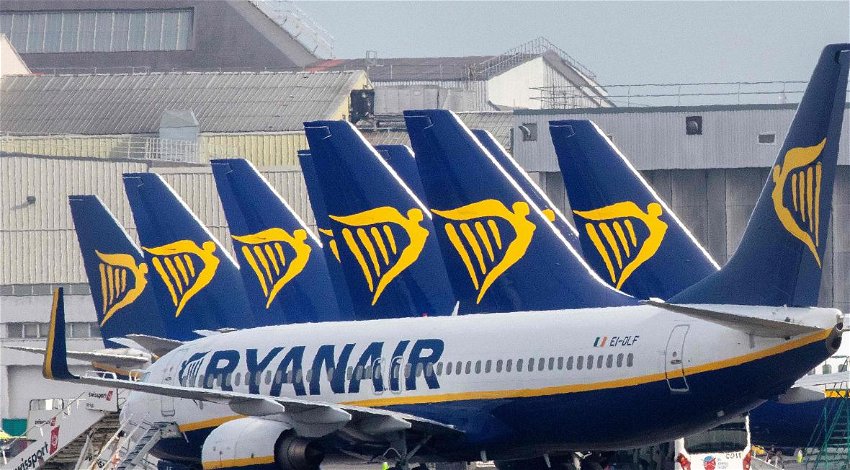 Despite having previously refused to cancel flights, meaning they were not obliged to offer a refund, the Irish airline has now announced that most flights from Ireland or the UK will also be cancelled in the coming weeks. Customers whose flights have been cancelled will be emailed to let them know of any refund or reschedule that they are entitled to.

Ryanair had recently criticised both the UK and Irish Governments for the lockdowns and confirmed that it is set to have a 96 per cent fall in passenger numbers until April.

Ryanair has also said it expects to lose 95% of its traffic in February and March, with few if any flights operating from the UK and Ireland, because of the latest Covid lockdowns and travel restrictions. The Dublin-based airline, which normally carries the most passengers in Europe, lambasted “brutal lockdowns” and called on the Irish government in particular to accelerate vaccinations.

“Just to let everyone know. As of this afternoon. Ryanair was curtailing flights finishing tomorrow from Manchester. Birmingham flights had already finished during this week. They were both showing to return to service from around the end of the 1st week February. On checking the website this evening Ryanair has REMOVED ALL FLIGHTS to Alicante and Murcia now UNTIL END OF MARCH !!.. They obviously know something more than us.. They finish flying In to/out of Alicante to the UK next week. I checked with flights also to Malaga etc and those flights too will not re-commence until the end of March. So this curtailment of flights now appears to be for or ALL flights to/from UK/Spain. Easyjet are still advertising and selling seats from Murcia from about 12th Feb to/from Gatwick, but beware and don’t invest money for those seats. I think they soon will be cancelled.. Sorry to be the bearer of bad news. I’m in the same boat. I’ve been trying to get back to Spain from my Xmas family visit to the UK… Now looks like not getting back until the end of March !!!”