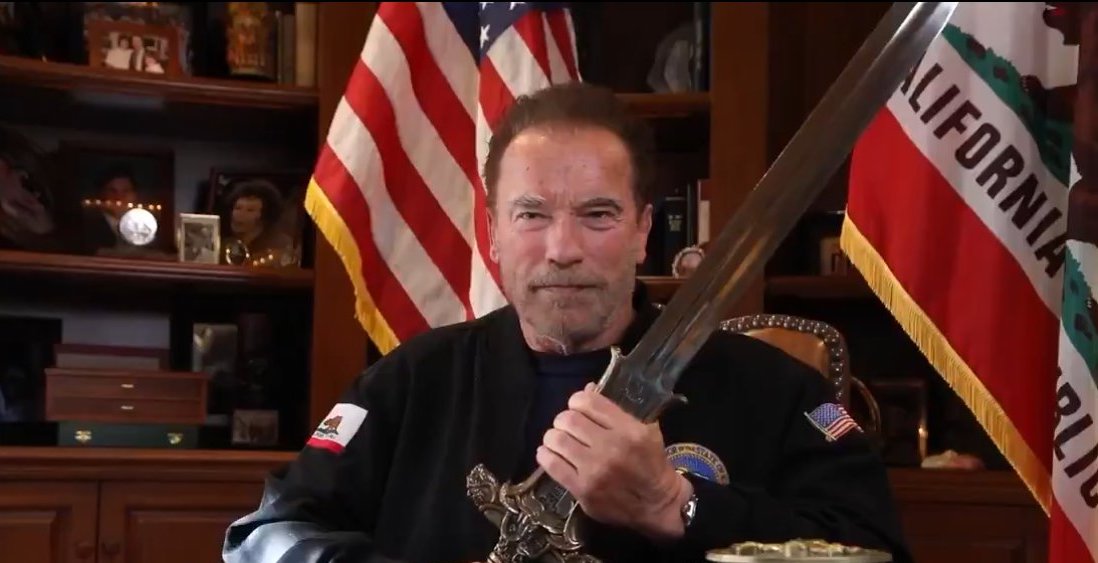 FORMER Republican Governor and Hollywood actor Arnold Schwarzenegger likens the recent Capitol building invasion to the Nazi attack on the Jews – Kristallnacht or the Night of Broken Glass.

The 73-year-old star of the Terminator franchise strongly criticised Donald Trump’s extremists after the events on Wednesday night, likening them to the night of November 9–10, 1938, when German Nazis attacked Jewish persons and property.

The name Kristallnacht refers ironically to the litter of broken glass left in the streets after these pogroms and seated in front of the US flag and the California flag – the state of which he was governor from 2003 until 2011 – he said: “Wednesday was the day of broken glass, right here in the United States

“The broken glass was in the windows of the United States Capitol – but the mob did not just shatter glass, they shattered the ideas we took for granted.

“They did not just break down the doors of the building that houses American democracy, the trampled the very principles on which our country was founded.”

Schwarzenegger was born in Austria in 1947, two years after the end of the war, shared the “painful memory” of his father coming home drunk and beating him due to the trauma of the war, establishing a simile with people who follow “a leadership of lies.”

The climax of the actor’s speech came when he held up the sword he used as the protagonist of the epic fantasy film Conan the Barbarian.

Schwarzenegger compared the steel of the sword to democracy in America, saying, to paraphrase the film, that no matter how many hits it takes, it will get stronger.

The actor added: “America will return from these dark days and shine our light once again” and wished President-elect Biden “great success.”

My message to my fellow Americans and friends around the world following this week's attack on the Capitol. pic.twitter.com/blOy35LWJ5