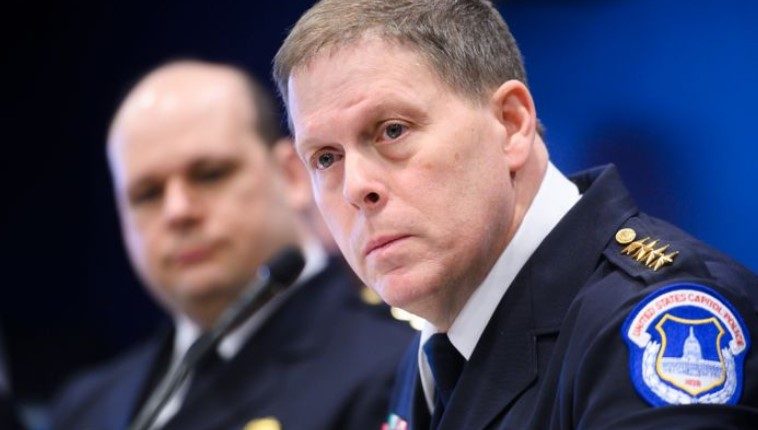 Steven Sund, the ex- Capitol Police Chief, aged 55, in his first interview since resigning his position, told The Washington Post how he had reservations about controlling a potentially large crowd of people attending President-Elect Joe Biden’s victory inauguration at the US Capitol last Wednesday, so he claims he asked the House and Senate security officials for permission to place the DC National Guard on standby, in case they were needed, but that they refused his request.

Sund claims he was told by Paul Irving, the House Sergeant at Arms that he was not comfortable with the request, and also Michael Stenger, the Senate Sergeant at Arms, who suggested he speaks directly to his Guard contacts and asked them to just be in a state of readiness if needed, and claims that six requests the Guard be at his disposal were either refused or delayed.

On the afternoon Of Wednesday 6, the 8000 strong crowd broke through Sund’s outer perimeter within 15 minutes, with only 1400 Capitol police officers on duty, with Sund saying, “If we would have had the National Guard we could have held them at bay longer until more officers from our partner agencies could arrive”.

Just before 2pm the mob broke through into the main building, and at 2.26 Sund claims he made a conference call to the Pentagon to request backup, recalling saying, “I am making an urgent, urgent immediate request for National Guard assistance, I have got to get boots on the ground”.

On the other end of the call were officials from the D.C. government, and officials from the Pentagon. The D.C. contingent was flabbergasted to hear a top Army official say that he could not recommend that his boss, Army Secretary Ryan McCarthy, to approve the request, “I don’t like the visual of the National Guard standing in a police line with the Capitol in the background,” the official said, according to Sund and others on the call.

John Falcicchio, the chief of staff for D.C. Mayor Muriel E. Bowser, recalled how Sund kept repeating “The situation is dire. Literally, this guy is on the phone, I mean, crying out for help. It’s burned in my memories”, but Pentagon chiefs have denied Capitol Police ever making any request before the event.

Jonathan Hoffman, a Pentagon spokesman said during a press conference, “We rely on Capitol Police and federal law enforcement to provide an assessment of the situation, and based on that assessment that they had, they believed they had sufficient personnel and did not make a request”.

Sund offered his resignation the day after the riots, which was quickly accepted, and, under pressure from lawmakers, Stenger and Irving also resigned.