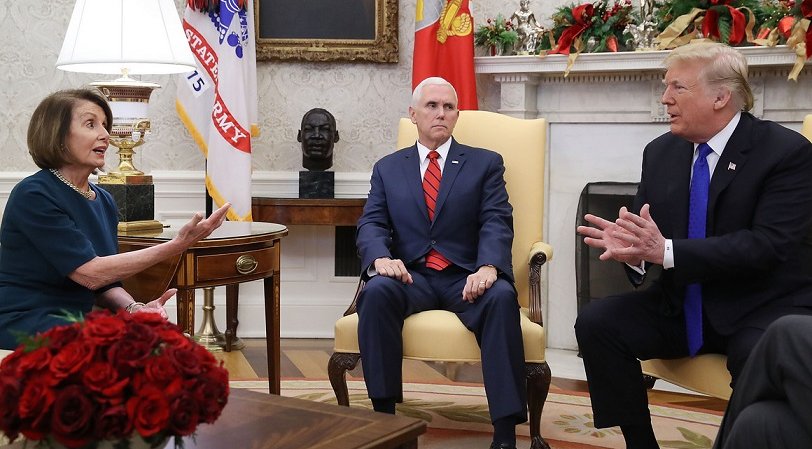 Pelosi has said that the House will now proceed with legislation to impeach President Donald Trump as she pushes the vice president and Cabinet to invoke constitutional authority to force him out, warning that Trump is a threat to democracy after the deadly assault on the Capitol.

Pelosi made the announcement in a letter to colleagues on Sunday, saying the House will first vote to push Vice President Mike Pence to invoke the powers of the 25th Amendment to remove Trump from office. After 24 hours, she said, the House would proceed with legislation on impeachment. Trump could become the only president to be impeached twice.

“In protecting our Constitution and our Democracy, we will act with urgency, because this President represents an imminent threat to both,” she said, and added: “The horror of the ongoing assault on our democracy perpetrated by this President is intensified and so is the immediate need for action.”

Pelosi’s leadership team will now seek a vote on a resolution calling on Pence and Cabinet officials to invoke the 25th Amendment. With the House not in session, there is likely to be an objection to its consideration. Pelosi would then put the resolution before the full House on Tuesday. If it were to pass, Pence and the Cabinet would have 24 hours to act before the House would move toward impeachment.

With impeachment planning intensifying, the pressure was mounting for Trump to leave office even before his term ended amid alarming concerns of more unrest ahead of the inauguration. Two Republican senators have now said they want Trump to resign immediately in the wake of deadly riots at the Capitol. The president whipped up the mob that stormed the Capitol, sent lawmakers into hiding and left five dead.

Republican Sen. Pat Toomey of Pennsylvania on Sunday joined Republican Sen. Lisa Murkowski of Alaska in calling for Trump to “resign and go away as soon as possible. I think the president has disqualified himself from ever, certainly, serving in office again,” Toomey said. “I don’t think he is electable in any way.”